Google’s Pixel and Pixel XL are the first smartphones to ship with Android 7.1, but they’re also the first to feature a new disk partition scheme and file-based encryption (instead of full-disk encryption) which makes updating the operating system faster and safer… but which means hackers have had to find new ways to unlock the bootloader on some models and to root the phones.

But now you can do both.

Developer Beaups recently released a tool that lets you unlock the bootloader on Pixel phones sold by wireless carriers Verizon or EE. And now Chainfire has released tools for rooting the phones. 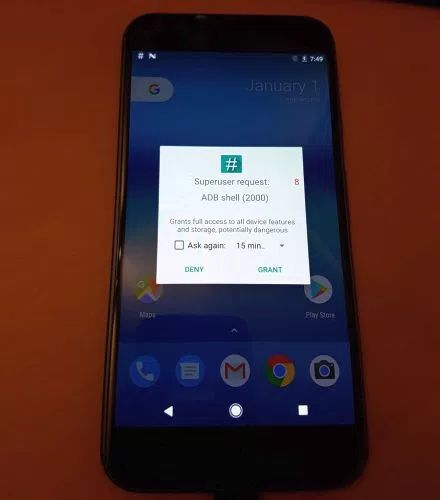 If you need more detailed instructions for rooting a Pixel than Chainfire provides in his announcement, xda-developers has a guide… but before you get started, you should keep in mind that it’s still early days for rooting a Pixel, so you may encounter some issues.

Fore one thing, rooting the phone currently involves using a modified boot image, which means you may not be able to receive over-the-air software updates from Google on a rooted Pixel. But I suspect third-party developers will probably find ways to download and install them manually.

Chainfire also notes that because of some of the changes listed above, some apps that require root access won’t work on rooted Pixel phones until developers update those apps.

Suhide also won’t work — which means there’s currently no way to trick software into thinking your phone isn’t rooted when it is.

That said, there are some nifty things you can do with root access on a Pixel phone, including editing the build.prop to disable Google Assistant and use Google Now On Tap instead. And some popular apps including Titanium Backup and Better Battery Stats are confirmed to work with rooted Pixel phones.