If you want to change the way the tablet behaves, you’ll need root access — and now there are ways to root each tablet. 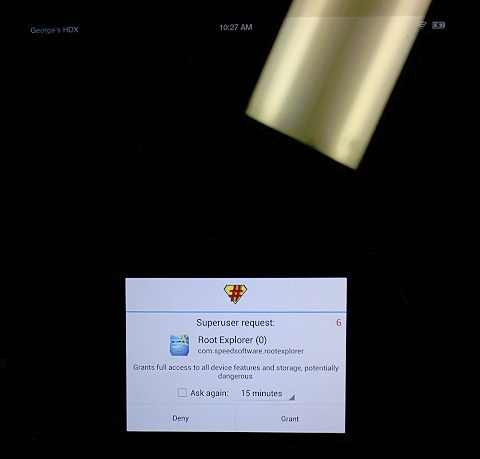 Rooting an Android devices allows you to access files and settings that aren’t normally exposed to users. That lets you run apps that require root permissions, such as Root Explorer or Titanium Backup.

Gaining root on a Kindle tablet can also make it easier to make system-level changes, allowing Fire OS to behave more like Android on other devices — for instance, it’s often a first step toward getting the Google Play Store and other Google apps to work (although hackers figured out how to do some of that on the Kindle Fire HDX tablets even without root access).

The software’s designed to work on software version 14.3.1 for the larger tablet and 13.3.1 for the 7 inch model. If you’re running a different version, the root process might fail — and if your Kindle Fire downloads an automatic software update from Amazon after you’ve rooted it, you’ll probably lose root access.

You can also find suggestions that might help you block auto-updates at xda-developers.

Amazon’s Kindle Fire HDX tablets offer high-resolution displays and a lot of horsepower for relatively low prices. The 7 inch model sells for $229 and up

. While they’re aimed at folks who are comfortable sticking to Amazon’s ecosystem, now that it’s possible to root the tablets, it’s possible we’ll see some folks start treating them more like general-purpose devices.