Have an Android smartphone, but prefer Microsoft’s Cortana voice assistant to Google’s? Now you can set it as your default assistant app.

The latest version of Cortana for Android lets you bring up Microsoft’s app instead of Google Assistant when you long-press the home key on your phone. 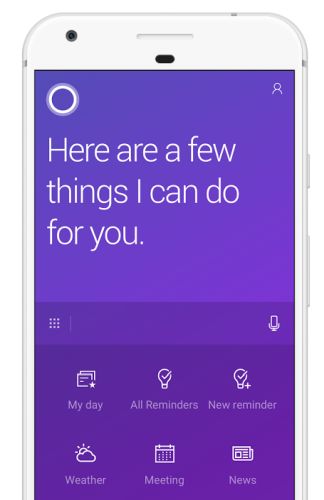 Once everything is set up, it basically makes Cortana feel more like a system app, which could come in handy if you’re deeply tied into Microsoft’s software ecosystem. In addition to providing answers to questions, Cortana can do things like sync your smartphone notifications with a Windows 10 desktop.

One thing you can’t do is launch Cortana using only your voice. You’ll still need to open the app manually. It’s just easier to do that now.

With market share for Windows phone continuing to shrink, Android smartphones may be the next-best thing for fans of Windows software. In addition to Cortana, Microsoft offers Android versions of Office, Outlook, and many of its other most popular apps.