Android TV is basically Android… for TVs. Google’s operating system for smart TVs and set top boxes is based on the same code as the company’s software for smartphones and tablets, but it features a custom user interface designed to be easy to navigate using a remote control and big screen TV and it supports apps with similar features.

The simplest way to use Android TV is to buy a television or a TV box that runs the software. But now there’s another way: you can install an unofficial version of Android TV on just about any PC.

This lets you experience the Android TV user interface on a laptop, desktop or tablet… and gives you the option of plugging that computer into a TV if you want to try Android TV without buying new hardware. 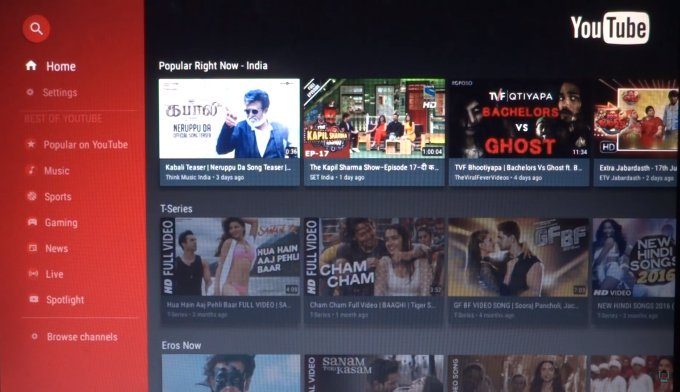 Developer Geek Till It Hertz has been working on a modified version of Android-x86 that includes Google’s Leanback Launcher and some other Android TV apps, and says that in Build 2 of the operating system, almost everything works.

The user interface works, WiFi works, and you won’t see tablet-style Android buttons at the bottom of the screen or a navigation bar at the time. Android TV-style settings are also now accessible.

Keep in mind, this is unofficial software… and it’s also still a little rough around the edges. But you can install it on a computer pretty much the same way you would install Ubuntu or another Linux distribution, which makes it easy to give Android TV a try.

Or if you’re just looking to use your PC as a media center, you could always just install something like Kodi, Plex, or Media Portal without loading a whole new operating system on the device.