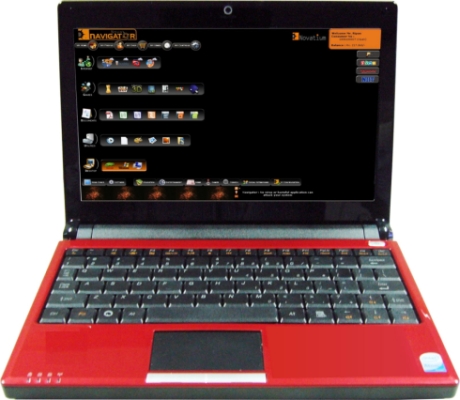 Indian company Novatium is offering a line of computing devices including two small form factor desktops and a netbook. But they aren’t designed to function as standalone computers. Instead, users pay a monthly fee to use these computers to connect to a remote server allowing them to run Windows or Linux without actually installing the operating system on the local computer.

Novatium also offers a USB stick which you can plug into any computer to access your remote desktop.

The system sounds kind of similar to what Emtec is trying to do with its Gdium netbook. But while Gdium users store the entire operating system on a USB stick which can be moved from device to device, Novatium computer users store their OS in the cloud, so it can be accessed from multiple computers. The Gdium system probably has a higher up-front cost, but Novatium customers will have to pay a monthly fee, which adds up over time.

Novatium’s devices include the Nova Neon netbook, Nova Navigator desktop, Nova Navigator Plus, which has a hard drive, and the Nova cNergy USB stick. It looks like the products have been around for a while, but not living in India, I just heard about them recently.

For now, the service is only available in India, but the company is looking to expand to other countries as well.