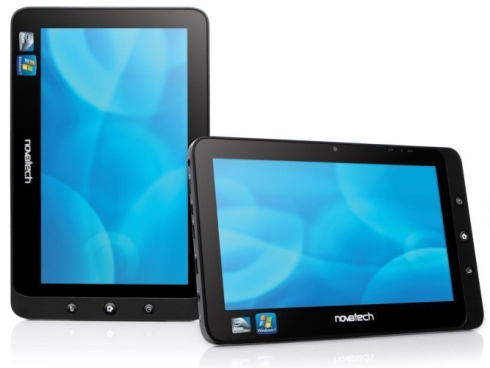 If the Novatech nTablet looks familiar, there’s a good reason for that. It has the same design as the ViewSonic Viewpad 100 and the Tegatech Tega v2 tablet. And like those tablets, this one’s claim to fame is the ability to dual boot Windows 7 and Google Android.

PC Pro got a chance to spend some time with the tablet and reports that the computer felt a bit sluggish when multitasking in Windows 7.