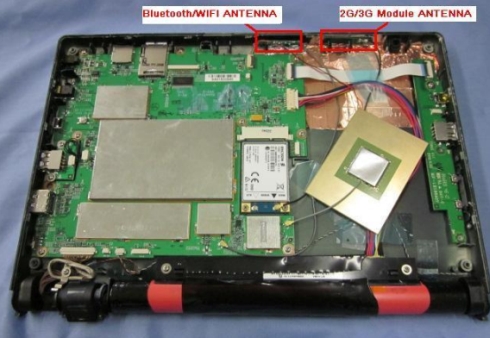 The Notion Ink Adam tablet has been shipping for a couple of days and users have been busy testing the limits of this 10 inch Android tablet with an NVIDIA Tegra processor, custom Android software stack, and optional Pixel Qi transflective display. Among other things, we’ve seen users:

It’s only taken a few days for users to gain root access and start installing third party apps and custom firmware. While many users have been having problems with the Eden software user interface that Notion Ink installs, it looks like the hardware is pretty powerful. Users are noticing that the screen seems to be less responsive around the edges though.

In other Adam tablet news, Notion Ink founder Rohan Shravan says the company has started working with Google Android 3.0 Honeycomb and hopes to offer Honeycomb to users as a software update in the future. Shravan says Notion Ink will be making the source code for all of its apps available soon, and the company is also preparing to send out more shipments soon.

The final bit of exciting news today comes courtesy of the FCC. While Notion Ink received FCC approval for the tablet a few weeks ago, the FCC web site just published a series of documents today, including the user manual, test results, and a ton of photos of the inside and outside of the Adam tablet.

Of course, we’ve already seen plenty of photos and videos of the tablet, but this the first extensive photoshoot I’ve seen detailing what the device looks like under the hood. That includes close-up shots of the mainboard, wireless and GPS modules, the camera which is designed to rotate, and more. You can check out some of the photos after the break, as well as videos showing the rooted tablet and the gaming/touchscreen experience.