Notion Ink grabbed headlines a few years ago when the Indian company designed one of the first Android tablets with an NVIDIA Tegra processor and unusual features including a custom user interface and a sunlight viewable display from Pixel Qi.

But the Notion Ink Adam tablet got mixed reviews at best and over the past few years the company’s plans have been a bit less ambitious.

Now Notion Ink is launching its first Windows tablet. The Notion Ink Cain is now available in India for Rs 19,900, or about $328 US. 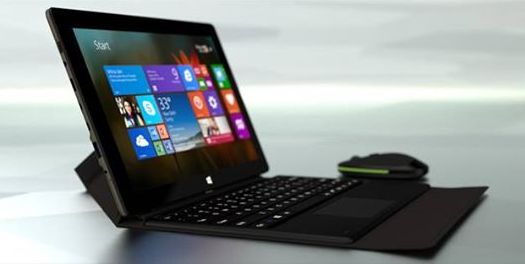 Notion Ink describes the Cain tablet as a 2-in-1 device thanks to the keyboard cover which has a docking station for the tablet, allowing you to use it as a laptop. The cover also serves as a tablet stand. But the keyboard and connector won’t be as rigid as the keyboard docks for 2-in-1 systems like the Asus Transformer Book T100 or Acer Aspire Switch 10, so it might be difficult to use the Notion Ink Cain on your lap. Place it on a table or desk though and it should function like a notebook.

The tablet features Windows 8.1 with Bing software and comes with a 1-year subscription to Microsoft Office 365.

While the Notion Ink Cain tablet doesn’t stand out from the crowd quite as much as the company’s earlier tablets did, that might be a good thing. Some of the special features included in the Adam and Adam II tablets were the least reliable features of those Android tablets. Hopefully Notion Ink can do a better job by simply providing an affordable Windows tablet that doesn’t look all that different from what other companies offer.