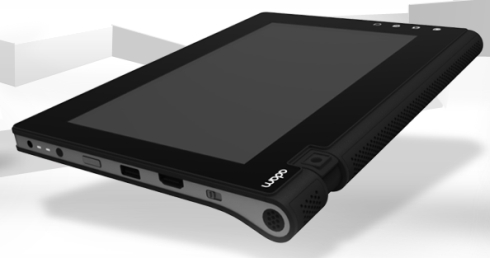 Sure, Motorola, Samsung, LG, HTC, Dell, and other top tier PC and phone makers have been hogging the Android tablet headlines lately. But the folks at Notion Ink have been shipping their Adam tablet since January, offering one of the first devices with an optional Pixel Qi sunlight readable display and a dual core NVIDIA Tegra 2 processor.

Since the Adam began shipping before Google’s tablet-optimized version of Android was available, Notion Ink developed a custom users interface and suite of apps to run on Android 2.2. But now the company says it will soon offer a software upgrade to Android 3.0 Honeycomb.

That doesn’t mean the Eden software is going out the window. Instead, the company has ported the Eden apps to run on Honeycomb.

The Indian company is also increasing the size of its support, sales, and software design teams.

If you’re keeping track of these things, the Notion Ink Adam tablet is one of a handful of dual core Android tablets which are priced much lower than the Apple iPad 2.

Of course, the biggest advantage Apple has over Notion Ink (aside from name recognition) is the fact that you’ll be able to walk into a store on March 11th and buy an iPad 2. The Adam tablet is available in limited quantities, and you’ll have to wait until Notion Ink opens the next round of orders before you can plunk down any cash for the tablet.