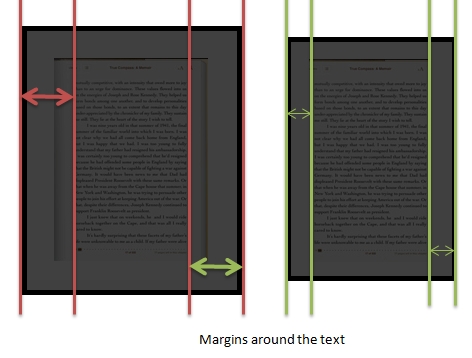 The Notion Ink Adam Tablet gets a lot of attention as one of the first products expected to hit the streets with a Pixel Qi low power, outdoor readable display, but that’s not the only interesting element of the tablet’s design. Today Notion Ink’s Rohan Shravan wrote a blog post exploring some more details about the Adam Tablet’s design.

For instance, the bump in one side of the device not only holds the batteries and makes room for the rotating camera, but also gives the tablet a slightly better viewing angle and gives you something to hold onto while using the tablet with one hand.

One of the items I was most interested in, though, was the choice to use a screen with a 16:9 aspect ratio rather than a 4:3 ratio. While many folks lament the move away from 4:3 screens with 1024 x 768 or similar resolutions and blame widescreen video for the change, Notion Ink thinks a widescreen display makes sense for another reason. When you’re using a tablet like the Adam in portrait mode instead of landscape, it’s easier to fit a text column comfortably on a widescreen display.

At least that’s what Shravan claims. Of course, the beauty of modern software is that it shouldn’t be that hard to simply reflow a web page, eBook, or other text-based document to properly fit a screen of any resolution. But if you think about it, books tend to have resolutions that would be considered widescreen if you held them sideways too.