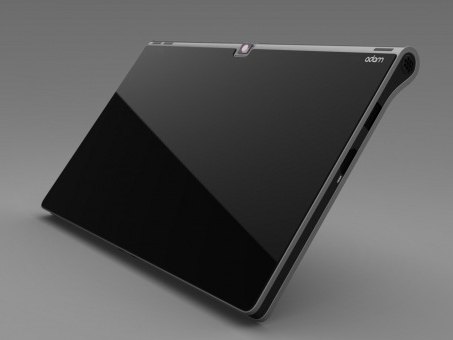 After months of anticipation we finally have pricing information for the Notion Ink Adam tablet… and a little bit of information about the potential launch dates. While we’ve seen a lot of Android tablets introduced this year, the Adam Tablet garnered a lot of attention this year for a few distinctive features.

But when will it launch? After a series of delays, Slashgear reports that Notion Ink will begin manufacturing the tablet in November. But it won’t go on sale in the US until it receives FCC certification, which could mean a launch date sometime between November 2010 and January 2011. The tablet will also reportedly have a starting price of $399.

It turns out there will actually be three different models, though, with the top price coming in at $498. Here’s a run-down:

Those prices are subject to change of course, although the company is actually hoping to bring them down before launch, rather than up.

You can find more details at Slashgear. But it sounds like Notion Ink has upgraded a lot of specs since the company started showing off an early prototype earlier this year. All models of tablet are now expected to come with 802.11b/g/n WiFi, GPS and a rotating camera that can flip 185 degrees. There will also be a content store for applications, media, books, and other digital content.