Notion Ink is back with a new Android tablet. And just like the original Notion Ink Adam tablet, the new Adam II is designed with a little outside-the-box thinking.

The relatively small Indian company made headlines a few years ago by introducing one of the first tablets with an NVIDIA Tegra 2 dual-core CPU, and one of the only tablets to ship with a Pixel Qi sunlight readable display.

The new model is cheaper, more powerful, and has a secondary black and white display on one side which you can use to read incoming notifications without turning on the color LCD screen. 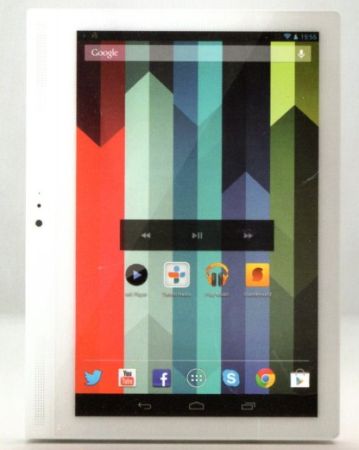 Notion Ink introduced the new tablet this weekend, and Engadget has a few photos of the brochure.

Here are the basics:

, which puts it squarely in the budget tablet camp. But that secondary display is a feature I haven’t seen on any other tablet, cheap or expensive.

Update: Engadget reports that the $220 price tag is incorrect, but actual pricing hasn’t yet been announced.

It’s not clear when the Adam II will go on sale, or where it will be available. Notion Ink sold the original Adam tablet internationally, but had trouble keeping up with demand… despite relatively lukewarm reviews for the company’s first tablet.

The official specs are arriving just a few days after we first heard that the new Adam tablet would feature some sort of dual-screen design, although the second display isn’t exactly what I had been expecting.