Notion Ink’s new tablet went on sale in India this weekend, and while the Adam II has the basic specs of a mid-range tablet, there are a few things that make the 10 inch Android tablet stand out. It has an unusual design with a thicker bezel on one side than the other three, allowing Notion Ink to include stereo front-facing speakers. And it has two small black & white displays built into the sides of the case.

Unleash the Phones has posted one of the first reviews of the Adam II tablet, and they describe it as a reasonably good tablet with a decent price — but the tablet’s key feature doesn’t seem all that useful at this point. The secondary displays don’t do very much, and they can be hard to read. 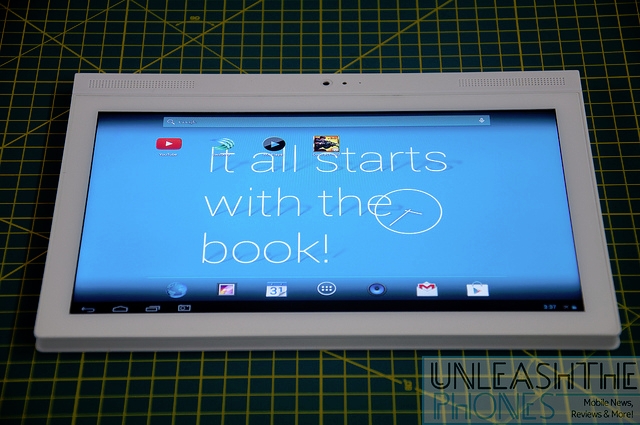 You’ll find those black and white displays on the side of the case by the thick bezel. Each screen is 100 x 5 pixels and looks a bit like the screen on an old-school calculator or digital watch.

While Notion Ink’s tablet includes a pretty much stock version of Android 4.2.2 Jelly Bean, you can find options for the “Secondary display” in the settings menu. This lets you configure the screens to show the time, indicate when the device is charging, display custom text, cycle through a list of currently running apps, or view notifications. Eventually the company plans to offer support for more functions such as a battery meter. 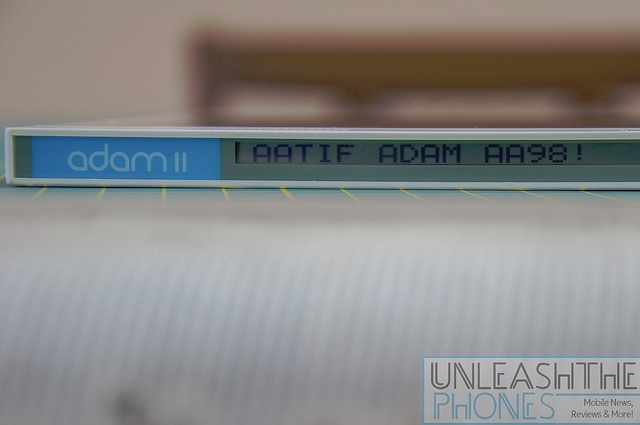 The screens aren’t backlit, which means that if you’re not in a brightly lit room you probably wont’ be able to see any text on them at all.

Unleash the Phones was also underwhelmed with the front-facing speakers, which aren’t much louder than a typical smartphone speaker.

The good news is that the tablet scores reasonably well on benchmarks, has decent screen viewing angles, and is about the size of a 4th-generation iPad. And even if you never use the secondary displays, it sounds like the Adam II is priced competitively with other mid-range 10 inch tablets in India.

What the new tablet lacks is the Pixel Qi display which made the original Notion Ink Adam special. Pixel Qi’s screens are low-power, sunlight readable displays that can be used with or without a backlight. They’re not widely available in consumer-oriented devices, but Pixel Qi does sell some to niche markets such as military or aviation.