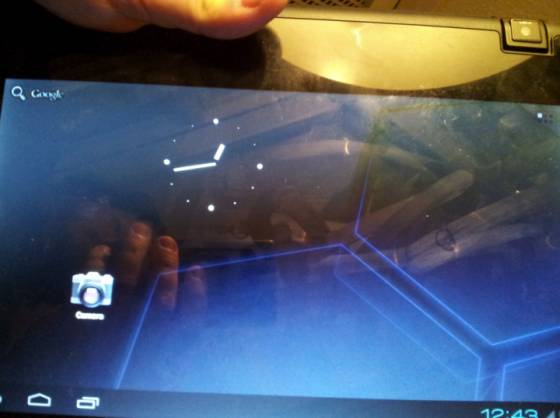 The Adam is a 10 inch Android tablet with a 1024 x 600 pixel display and NVIDIA Tegra 2 dual core processor. It’s also one of the first devices to come with an optional Pixel Qi transflective display which features a full color mode and a high contrast (nearly black and white) mode for outdoor visibility.

The Android 4.0 software update isn’t ready for Notion Ink users yet. It’s still a work in progress. The camera, for instance, doesn’t work yet.

But Notion Ink is working with developers from the Tablet ROMS community, and at least one of those developers suggests that camera support should be possible.

The Adam tablet generated a lot of buzz when it was first introduced, but Notion Ink is a small Indian company that hasn’t been able to keep up with Acer, Asus, Dell, HTC, Lenovo, Samsung, and other big-name tablet makers in terms of software and hardware updates or distribution. But it’s good to know that customers that did purchase some of the early Adam tablets will be getting a major software update eventually.