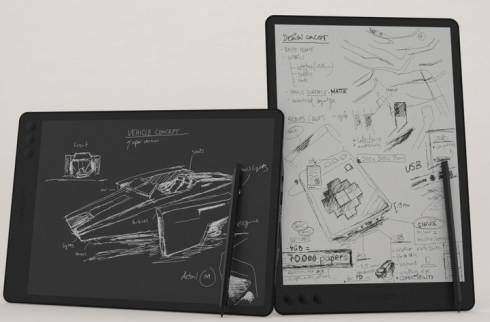 Earlier this year a company called NoteSlate generated quite a bit of buzz with the promise of an inexpensive tablet designed for taking handwritten notes. The idea was that for $99 you’d get a slate with a two-tone display (black and white, red and black, or another combination), and a stylus. The device would have excellent battery life, a light weight, and a 13 inch display.

There’s just one catch: It turns out the NoteSlate was just a concept at the time. The company updated its website a few weeks ago to explain that the device was never meant as a hoax or scam, but rather a concept — which the company is now working to turn into reality. There’s no information about specs, pricing, or distribution at this point. And honestly, it’s starting to look entirely possible that the NoteSlate may never actually see the light of day.

But it turns out there’s hope for anyone that really liked the concept. There’s a similar product called the Boogie Board which is already available for under $40 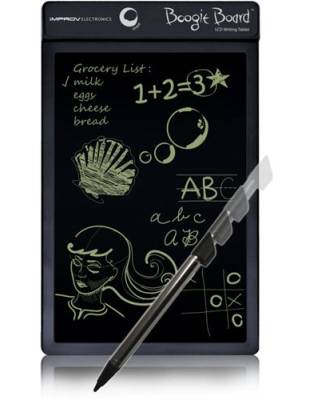 The Boogie Board measures 8.8″ x 5.6″ and weighs just 4.2 ounces. You can take notes using a stylus or a fingernail and instantly erase the screen. The Boogie Board is really meant to replace a chalk board or dry erase board more than a personal organizer at this point, since the latest product doesn’t have any memory. You can write notes and erase them, but you can’t save them.

A future version will add storage though, allowing you to save your notes. That model is due out sometime this fall.

One reply on “NoteSlate’s $99 note device is still just a concept, but Boogie Board is already available”