The first laptop with a 10th-gen Intel “Ice Lake” processor went on sale last week. But we could see more computers with 10th-gen chips soon… they just won’t all be Ice Lake chips.

A few detailed about Intel’s upcoming “Comet Lake” processors have been leaking in recent months. While Intel has yet to officially introduce the new chips, it looks like PC makers are already getting ready to launch products powered by them. 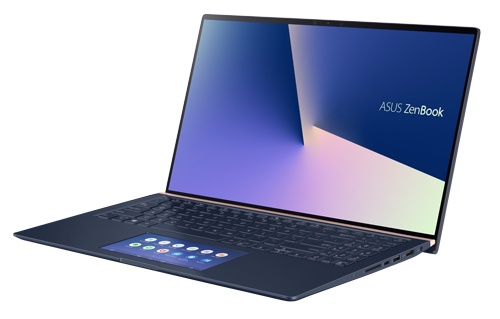 That info comes from the Asus France website, which is showing a 1,299 Euro price for this 3.6 pound notebook with a 71 Wh battery, 16GB of RAM, and 512GB of PCIe NVMe solid state storage.

But unlike Intel’s 10nm Ice Lake processors, the new Comet Lake chip is still manufactured with a 14nm process, which means it won’t benefit from any efficiency improvements that come with the move to a smaller node.

The biggest performance improvement associated with Ice Lake though, is the move to Intel Gen11 graphics, which Intel says should bring up to twice the performance for 1080p gaming and for HEVC video encoding, among other things. It looks like Comet Lake may not have that either.

According to the Asus website, the ZenBook 15 UX534FA features Intel UHD 620 graphics, which is the same integrated GPU technology used in the company’s 8th-gen “Kaby Lake Refresh” and “Whiskey Lake” processors, rather than the Gen11 Intel UHD or Iris Plus graphics associated with Ice Lake.

So why are some PC makers opting for Comet Lake when Ice Lake is available? I haven’t seen anybody go on the record about that yet — which makes sense, since Intel hasn’t officially introduced Comet Lake yet and we’re just seeing leaks at this point. But if I had to guess, I’d say that Ice Lake may only be available in limited quantities at launch, while Intel makes the transition from 14nm to 10nm in its chip manufacturing facilities.

Comet Lake, meanwhile, can probably be produced in much the same way that Intel has been producing chips for the past few years, which would allow the company to fill the demand for new “10th-gen chips” when Ice Lake processors aren’t available in sufficient quantities yet.

Just don’t expect these particular 10th-gen chips to be all that different from 7th and 8th-gen processors. As for 9th-gen, Intel never even launched any 15-watt or lower chips as part of that product family.