Starting November 4th, 2012 you’ll be able to pick up a new B&N NOOK Color for $139 or a  NOOK Tablet for $159. Barnes & Noble is cutting prices of its first two Android tablets to help set them apart from the NOOK HD which has a starting price of $199.

Update: Prices have fallen even lower as Barnes & Noble has phased out the NOOK Tablet to make room for the new NOOK HD and HD+.

While the retailer no longer stocks new NOOK Tablet devices, as of December 19th, 2012 you can pick up pre-owned models for $129 and up. 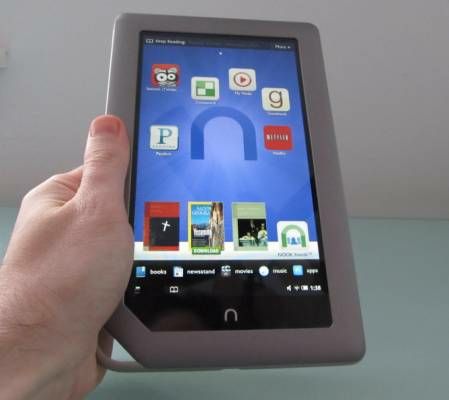 The NOOK Color and NOOK Tablet both feature 7 inch, 1024 x 600 pixel displays and custom operating system based on Android 2.3 Gingerbread.

The NOOK Color was released about two years ago and features an 800 MHz TI OMAP 3 processor and 8GB of storage. It also features a microSD card slot, something Amazon’s Kindle tablets lack.

B&N released the NOOK Tablet in late 2011, offering similar display but a faster 1 GHz TI OMAP 4 dual core processor, and a choice of 8GB or 16GB of storage.

While the company’s new tablets have even faster processors, software based on Android 4.0, and higher resolution displays, the NOOK Color and NOOK Tablet are probably some of the best tablets you can find for $159 or less.

And if you’re underwhelmed by B&N’s custom version of Android, independent developers have figured out how to port CyanogenMod 10 (based on Android 4.1) to both the NOOK Color and NOOK Tablet.