Ever since Raspberry Pi started shipping $35 mini computers in 2012, folks have been building Raspberry Pi-powered devices including laptops, game consoles, and tablets. But it’s always nice when someone does a bit of the heavy lifting in the design department for you.

So if you’ve been enamored with the idea of a fully functional Linux PC that’s the size of a smartphone, but haven’t had the time (or skill) to design your own, there’s the Noodle Pi.

The developer launched a Kickstarter campaign for the project last summer, and now the Noodle Pi is shipping to backers. 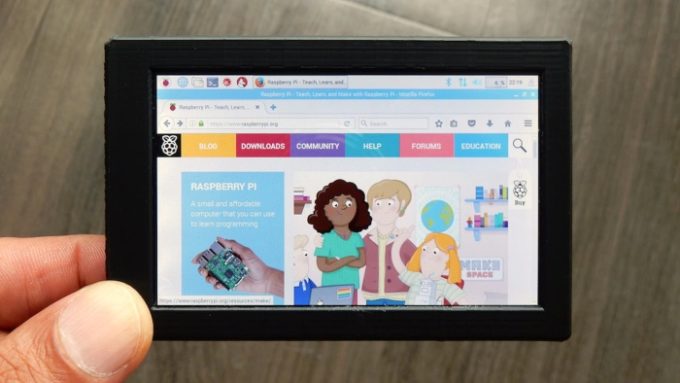 The DIY kit includes a 3D printed case and all the non-electronic components, which means you’ll still need to buy your own Raspberry Pi Zero computer, a battery, a display, and a few other things.

A bunch of optional accessories are also available including a set of $15 docks that allow you to connect a keyboard, touchpad, or game controller, and a series of cases and holsters.

There are two things to keep in mind before buying a Noodle Pi at this point: