The Raspberry Pi is an inexpensive, hackable mini-computer designed to support open source software and enable students, hackers, and just about anyone to learn to use a computer. But the truth of the matter is that a Raspberry Pi has a steeper learning curve than most computers you walk into a store and buy.

It doesn’t come with an operating system installed, and you’ll even need to supply your own SD card for storage.

But now there’s a new tool that makes the process of setting a Raspberry Pi about as easy as it can be. 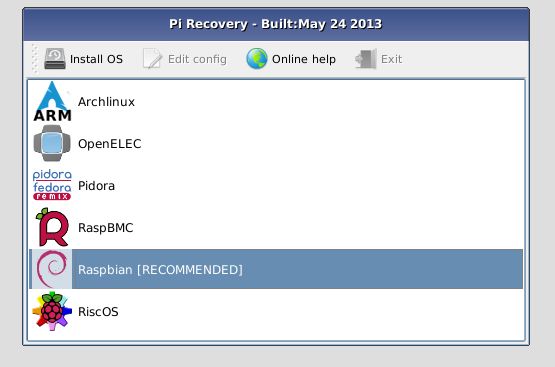 The tool’s called NOOBS, and it stands for New Out Of Box Software — but the name’s also a good indication of the target audience for this device.

If you’re the sort of person who compiles source code in your free time for fun, you might not need NOOBS. But if you just want to plug an SD card into your Raspberry Pi and start using it to play games, watch videos, or surf the web right away, NOOBS can help you through the process.

All you have to do is download the NOOBS zip file from the Raspberry Pi downloads page and unzip it to a 4GB or larger SD card. Plug the card into your Pi, and when you plug in a monitor and press the power button, you’ll be greeted with a menu asking you what operating system you’d like to run.

Options include Raspbian and Pidora for general-purpose computing, as well media-centric operating systems including OpenELEC and RaspBMC.

Once you select an operating system, NOOBS will install it to the card so that the next time you boot you’ll go straight to the OS of your choice. But you can also hold down the shift key when you boot the computer to get back to the NOOBS menu any time you want to re-install an OS, change to a new operating system, or edit your device’s config.txt file.