Nokia may have sold most of its mobile phone business to Microsoft for over $7 billion. But there are still a few folks at Nokia working on phone-related projects… like an Android app launcher called Z Launcher.

It’s a replacement for the Android home screen which learns from the way you use your phone and presents you with quick access to your most used apps depending on the time of day or other factors.

You can’t download Z Launcher from the Google Play Store yet, but you can try out a pre-release beta version of the app by signing up at the Z Launcher website. 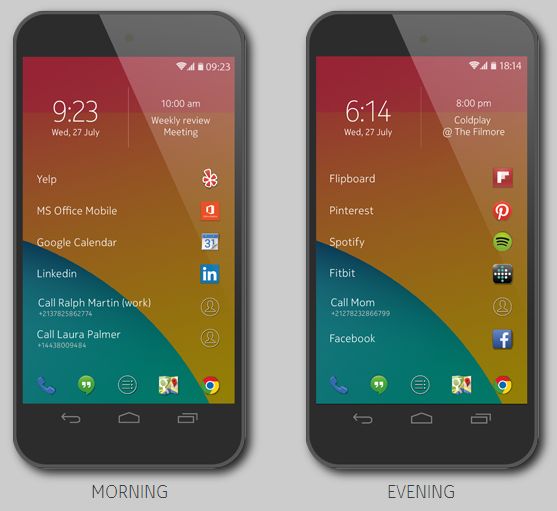 Z Launcher is designed to tackle the problem of finding apps and actions on your phone when you’ve probably got dozens or even hundreds of apps. Rather than scrolling through a long list of apps or pinning all your apps to the home screen, just start using Z Launcher and it’ll figure out which apps you use most during the day and bring them to the forefront.

There’s also support for gesture-based search using “Scribble.” Just draw the first letter of the item you’re looking for and Scribble will bring up apps, contacts, or tasks.

The pre-release version of the app is optimized for phones rather than tablets, and it doesn’t officially work on devices that have been rooted — although folks with the Xposed framework report that they’ve been able to get it to work by installing the RootCloak module.

Other companies have released Android app launchers designed to learn from your behavior and show you the content you need when you need it… but I’ve never found the idea of a constantly changing home screen to be easier to use than one which looks the same way every time I turn on my phone. I’d prefer to pin apps to my home screen manually — how about you?

3 replies on “Nokia Z Launcher is an Android home screen replacement, has nothing to do with Microsoft”