Nokia is launching a new line of low-cost smartphones with prices starting as low as €89, or about $122. As expected, the Nokia X family of phones run Android-based software. But they don’t look anything like Android phones you’d buy from Samsung, HTC, Motorola, or Lenovo.

The Finnish company’s high-end smartphones run Microsoft’s Windows Phone software. And for its cheaper Nokia X phones, the company has tweaked Android to give it a more tiled user interface and the ability to run Android apps — but tight integration with Nokia apps and services rather than Google’s. 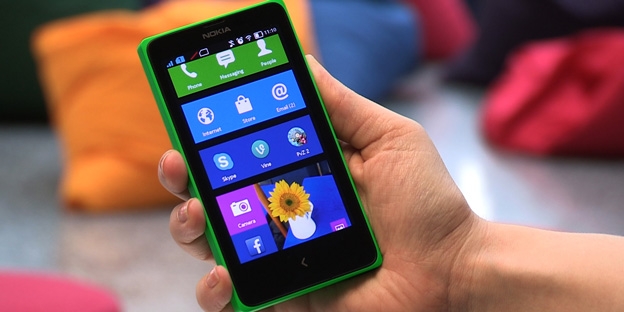 The Nokia X, Nokia X+ and Nokia XL all run the same custom version of Android with a tile-based home screen, a “Fastlane” notification center that’e been cribbed from Nokia’s Asha phones, and Nokia services including HERE Maps instead of Google Maps.

What you don’t get is the Google Play Store, Gmail, Google Maps, or other official Google apps. What you do get are Microsoft and Nokia alternatives such as Skype, OneDrive, and Outlook.com apps.

Even without the Google Play Store, Nokia has managed to leverage its influence to score some top tier apps. You’ll be able to use run some of the most popular Android apps and games including EA, Gameloft, and Rovio titles, Swiftkey, Tiwtter, Facebook, Viber, and LINE. And not only will BlackBerry Messenger be available — Nokia is also working with BlackBerry to bring BBM to its higher-end Windows Phone devices in the future. 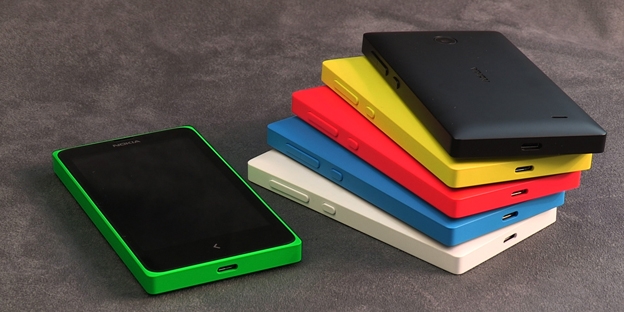 The phone supports WCDMA networks and Nokia says it should get up to 10.5 hours of talk time on a 3G network (or more on 2G.

It goes on sale in select markets this week.

Need a tiny bit more power? The Nokia X+ is basically the same phone, but it features 768MB of RAM and comes with a 4GB microSD card. 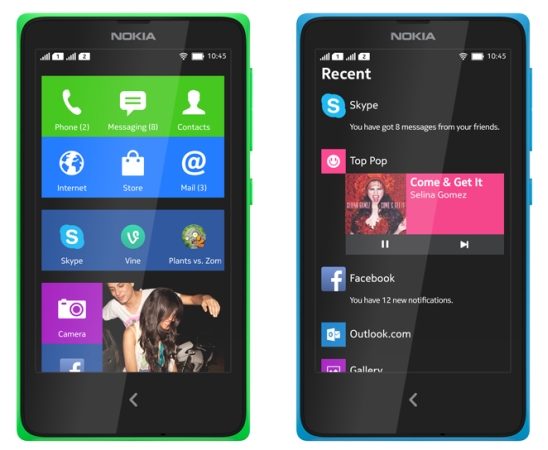 The final entry is a 5 inch model with 768MB of RAM, a 4GB microsSD card included, a 5MP rear camera with autofocus and flash, and a 2MP front-facing camera. 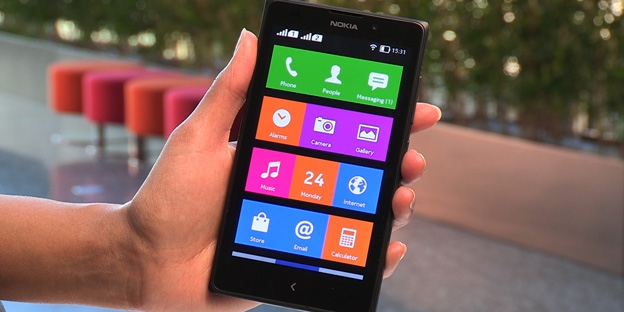 Like the smaller models, this phone has an 800 x 480 pixel display and a Qualcomm Snapdragon S4 CPU.

The Nokia XL also has a bigger battery, offering up to 13 hours of talk time over 3G. 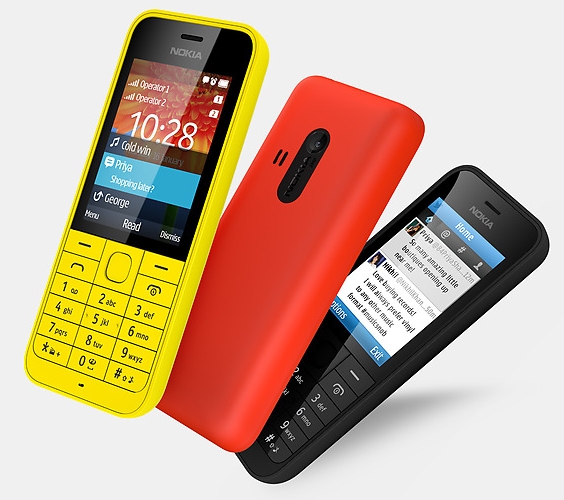 The Nokia 220 is a candybar-style phone that sells for €29 or about $40. Nokia says it’s the most affordable internet-ready device it offers. The dual-SIM phone features Bing Search and can also handle games including Asphalt 6: Adrenalin, Block Breaker 3, and Assassin’s Creed.

Nokia’s Asha 230 is a €45 ($62) device that looks like tiny smartphone with a 2.8 inch, 320 x 240 pixel display. It’s also a Dual SIM phone with support for Facebook, Twitter, and other apps including WhatsApp, LINE, and LinkedIn. 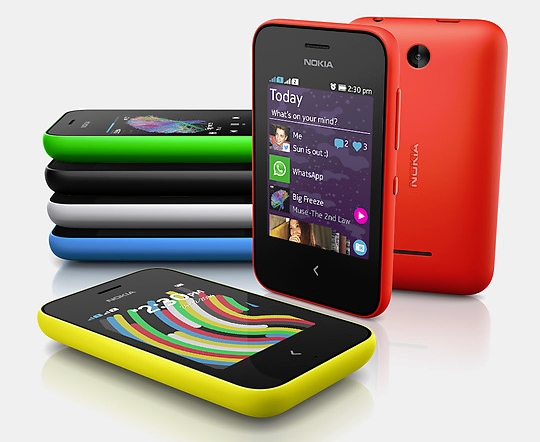