HMD has been releasing a series of Nokia-branded smartphones for the past few years, and now the company has unveiled the first Nokia-branded tablet since 2014.

The Nokia T20 is a 10.4 inch tablet that will ship with Android 11, but which will receive major Android updates for at least two years, and security updates for three. While that’s not as good as the update plan for some of the company’s phones, it’s not bad by modern standards for a tablet with a $250 starting price. 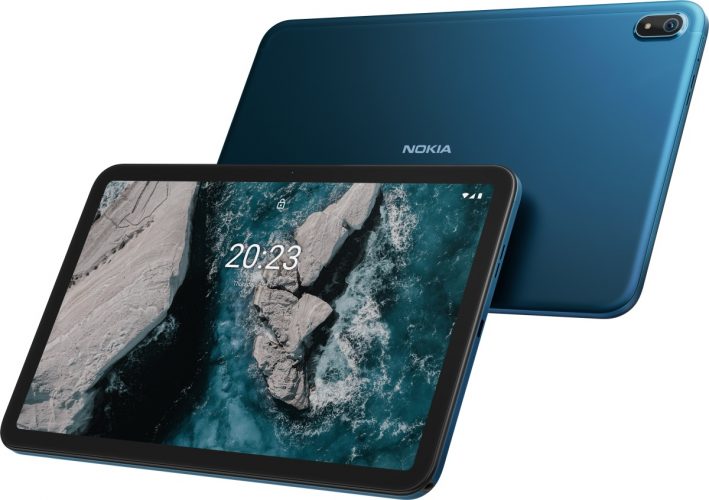 First announced October 6th, the Nokia T20 is now available for purchase in the US and UK for $250 and £180, respectively.

HMD’s first tablet is powered by a Unisoc T610 processor, which is an octa-core chip featuring:

The tablet has an 8,200 mAh battery and comes with a 10 watt charger, but supports up to 15 watt fast charging if you use a third-party adapter.

The new #NokiaT20 – find new ways to work, learn and play, with a tablet designed to last. pic.twitter.com/7ZrgnRfT0u

The Nokia T20 has an aluminum body, a “toughened glass” screen, and the tablet is IP52 rated for dust and water resistance, which means it’s “protected from limited dust ingress” and from “water spray less than 15 degrees from vertical.”

HMD is selling a WiFi-only model in the US, while customers in the UK have the option of paying £20 extra for a WiF + 4G model.