As expected, Nokia has launched a new smartphone that has a bigger screen than any Windows Phone device released to date. And as expected, the new Nokia Lumia 625 may be the biggest Windows Phone around, but it’s not necessarily the most powerful. 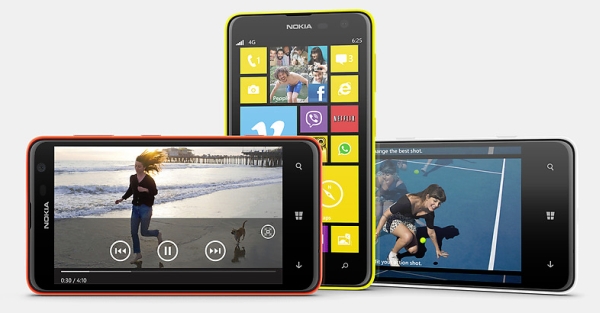 There’s a 5MP camera on the back with LED flash and a front-facing VGA camera.

While the big screen helps set the Lumia 625 apart from the crowd, it’s a bit odd that Nokia’s biggest Windows Phone device has a display resolution lower than company’s last few phones, which have packed 4.5 inch, 1280 x 768 pixel screens.

That said, the new phone will be relatively cheap. It’s expected to sell for about $290, not including taxes or carrier subsidies. The phone will launch in Europe, Africa, Asia, and Latin America in the third quarter of 2013. There’s no word on if or when it’ll hit the US.