Microsoft may have axed Nokia’s Android and feature phone products since taking over the Nokia phone team. But that doesn’t Microsoft doesn’t still have big plans for the cheap smartphone space. It’s just that those plans involve handsets running Windows Phone software. 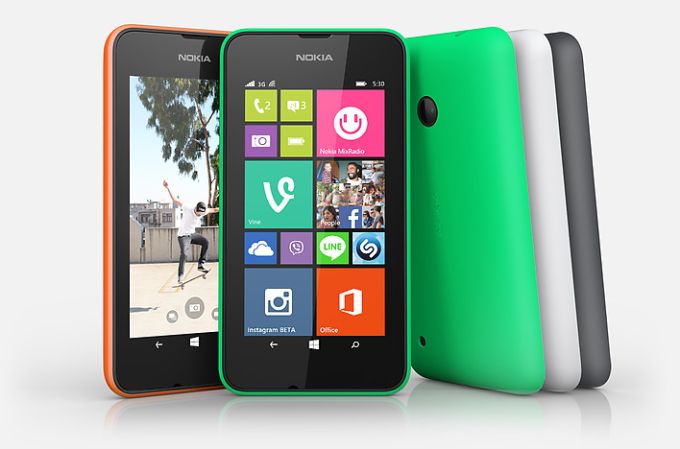 There’s a microSD card reader for up to 128GB of removable storage and the phone has a 5MP rear camera, but no front-facing camera.

The phone will begin rolling out in select markets in August and it’ll come in single SIM and dual-SIM varieties.