Microsoft may be planning on killing off the Nokia and Lumia smartphone brands when it takes over the company’s phone business in the coming months, but it looks like there may be at least one more Lumia phone in the pipeline.

Serial leaker @evleaks has posted a photo of an upcoming Nokia Lumia 1520. It’s reportedly due out in 2013, and it could be the first Windows Phone device to features a 1920 x 1080 pixel display. 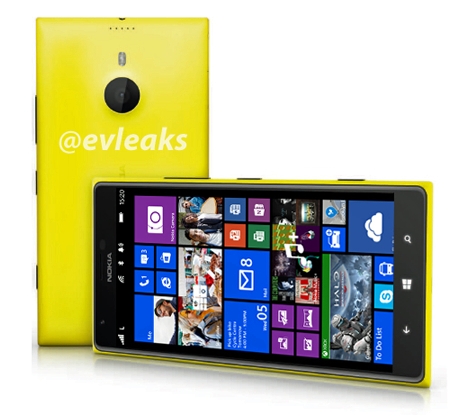 If rumors and previous leaks turn out to be true, the Nokia Lumia 1520 could also be the largest Windows Phone device to date.

The Verge reports it could have a 6 inch display as well as a Qualcomm Snapdragon quad-core processor.

As the image shows, Microsoft’s Windows Phone 8 software seems to adapt to large, high-resolution displays by letting you cram more Live Tiles on the screen, including tiles in a range of sizes. Some are just small buttons that you can tap to launch an app, while others provide images, headlines, notifications, and other up-to-date information.