It’s hard to make a smartphone that truly stands out these days. Some companies opt for waterproof models. Others go for enormous displays. Nokia is trying its luck with a ridiculously high resolution camera. 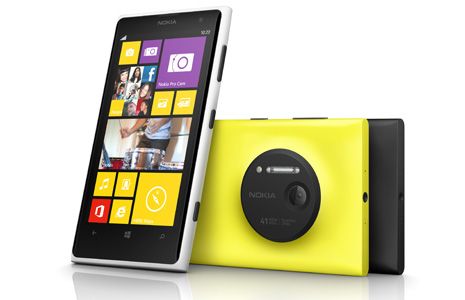 The phone’s other specs are respectable, but to be quite honest, they’re not all that different from the last few smartphones Nokia has released.

What’s new is the 41MP camera with optical image stabilization, xenon flash, and other bits designed to let you take some great photos with your camera. Nokia is also positioning the Lumia 1020 as a phone with a new kind of zoom — while you don’t get an optical zoom lens like the one that comes with the Samsung Galaxy S4 Zoom, the idea is that since you can shoot 41MP photos, you could easily digitally crop the shot to get a pretty sharp 5 or 8MP photo of a smaller area without losing image quality. Or something like that.

In practice, digital zoom is rarely as good as optical — but in practice, there aren’t a lot of 41MP cameras on the market either.

If you’ve been disappointed with the photos you snap with your smartphone and don’t feel like carrying around a separate camera, it’s nice to have another option that puts the emphasis on image quality. But it’s still probably not going to replace your DSLR… or is it?

The Nokia Lumia 926 will be available in the US from AT&T starting July 26th for $300 on contract.

8 replies on “Nokia Lumia 1020 asks the question: Does anyone need a 41MP camera in their phone?”