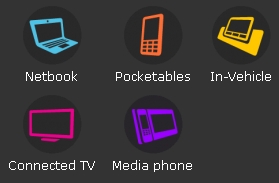 The companies behind the Moblin Linux interface for netbooks and Maemo Linux-based OS for Nokia Internet Tablets such as the Nokia N900 have announced that they’re merging the two projects to form one uber-OS designed for netbooks, tablets, mobile devices, in-vehicle entertainment systems, and internet-connected televisions.

The new OS is called MeeGo, and there’s not much information about what it will look like yet, but the first devices based on MeeGo are due out in Q2, 2010.

Like Moblin, MeeGo will be hosted by the Linux Foundation. One of the coolest features of the new OS is that it will be able to run applications from the Nokia Ovi Store and Intel’s AppUp Center.