HMD Global, the company that’s been producing Nokia-branded smartphones over the past few years, had earned a reputation for offering decent bang for the buck, a near-stock Android experience, and several years of guaranteed software updates.

And then came the Nokia 9 PureView. When the company launched the phone in 2019, it shipped with Android 9, but the company promised to eventually deliver Android 10 and 11. But that hasn’t happened, and the phone has been stuck on Android 10 for the past year. Now HMD has acknowledged that it will not be delivering an Android 11 update for the phone. 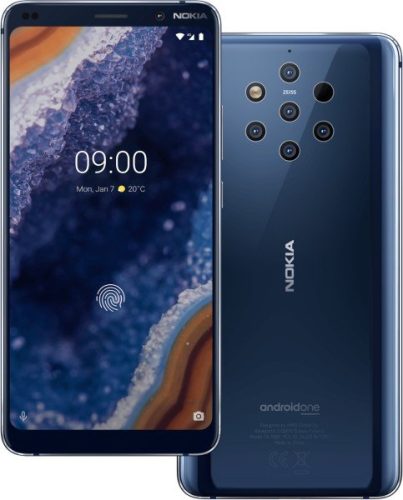 While HMD had planned to provide two years of OS updates and three years of security updates, the company says the unusual 5-camera system on the Nokia 9 PureView has caused “incompatibilities between the camera and the software” that “would have led to a compromised experience that does not meet our high standards.”

Folks who want to keep using the Nokia 9 PureView with Android 10 will be able to continue doing so indefinitely. Most recent Android apps and services will likely continue to work just fine on Android 10 for the foreseeable future, given that this is hardly the only phone still running the software.

But HMD says folks who really want a newer version of Android have another option: buy a newer phone. The company is offering a 50% discount to PureView owners who want to buy some newer models including the Nokia XR20… assuming you’re still interested in buying a Nokia phone after this.

That said, there is some reason to think that this inability to deliver an OS update will be a one-off problem. While smartphones with a high camera count have become increasingly common in the past few years, the Nokia 9 PureView was the first to ship with 5 rear cameras thanks to a partnership with Light, a startup that attempted to replicate functionality of DSLRs by using different cameras for different features.

Not only did that make this phone’s camera system unlike anything else available at the time, but it’s unlike anything released since then, as Light has exited the smartphone camera space, likely leaving HMD on its own when it comes to trying to develop software updates.

That’s an issue that shouldn’t affect the company’s other phones.