As promised, the Nokia 6 smartphone is up for pre-order from Amazon for $230. But it turns out there’s also a cheaper option.

Amazon has added the Nokia 6 to its Prime Exclusive line of smartphones, allowing you to save up to $80 by purchasing a phone with ads on the lock screen.

That brings the price of a Nokia 6 smartphone to just $180 if you don’t mind the ads. The phone is up for pre-order now and it should ship starting July 10th. And it’s just one of five new Prime Exclusive phones. 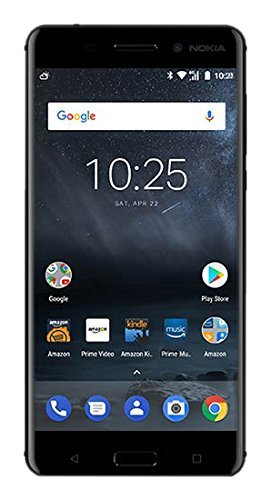 The Nokia 6 has a 5.5 inch full HD display, a Qualcomm Snapdragon 430 processor, 3GB of RAM, 32GB of storage, a microSD card slot, stereo speakers, a 3,000 mAh battery, NFC, and a fingerprint sensor… all of which are pretty decent specs for a phone in this price range.

There are a few down sides. The phone lacks 802.11ac WiFi support. It has a micro USB port instead of a Type-C port. And the processor is part of Qualcomm’s mid-range lineup, so you won’t get the same kind of performance you’d expect from a 600 or 800 series chip.

Other new phones in the Prime Exclusive lineup include: