Smartphones may get all the attention these days, but sometimes you just need a phone that gets weeks of battery life, easily fits in your pocket, and is designed first and foremost for making calls. But that doesn’t mean it isn’t nice to have a bonus feature or two.

And boy does the new Nokia 5710 XpressAudio cellphone have a bonus feature. It’s a compact phone that sells for £75 (~$90) and also functions as a portable audio player thanks to a set of true wireless earbuds that come with the phone. And when you’re not using the earbuds? You can just stuff them inside a compartment within the phone to charge. 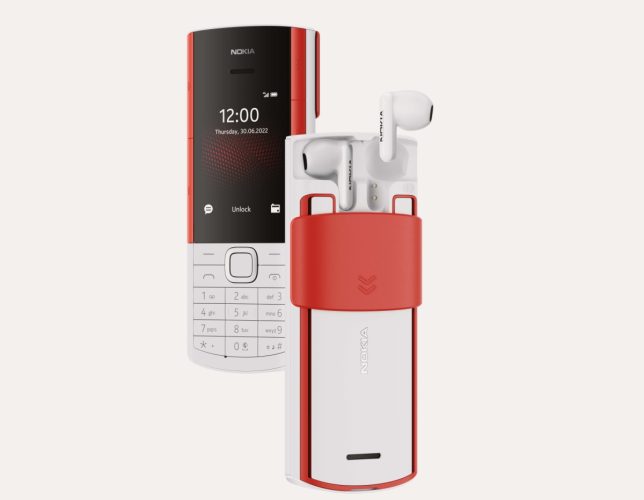 Just slide down the plastic cover on the back of the phone to reveal the charging compartment. The clever design means there’s one less thing to keep track of: instead of grabbing your phone and the charging case for your earbuds before heading out the door, all you need is your phone.

The front of the phone features as 2.4 inch QVGA display and a T9-style keyboard for making calls or sending texts via predictive text.

The Nokia 5710 XpressAudio is very much a cellphone and not a smartphone. It has just 48MB of RAM and 128MB of built-in storage, but it has a microSD card slot with support for cards up to 32GB which you can use to load MP3s for listening to music, audiobooks, or other content. There’s also support for FM radio.

HMD’s earbuds communicate with the phone via a Bluetooth 5.0 connection. And the phone has a removable battery that should provide up to a month of standby time or around 6 to 8 hours of talk time. 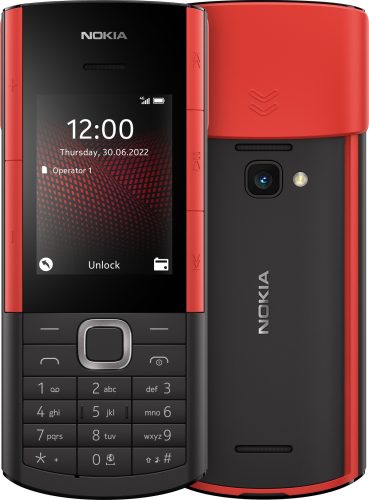 Other features include a micro USB 2.0 port, a Unisoc T107 processor, dual SIM 3G and 4G network support, and a 0.3MP rear camera with an LED flash. The phone is available in black and red or white and red color options, and it runs the S30+ operating system with support for a handful of games including Snake, Tetris, and Black Jack.

It’s one of three new basic phones from HMD Global. Others include the Nokia 8210 4G candybar-style phone and the Nokia 2660 Flip phone.