HMD is updating its entry-level and mid-range smartphone lines next month with the launch of the new Nokia 1.3 and Nokia 5.3 smartphones.

Both phone should be available starting in April, and while they may not be as cheap as the new $42 Nokia 5310 or as powerful as the new Nokia 8.3 5G, they are positioned to offer some decent bang for the buck through a combination of hardware and software features. 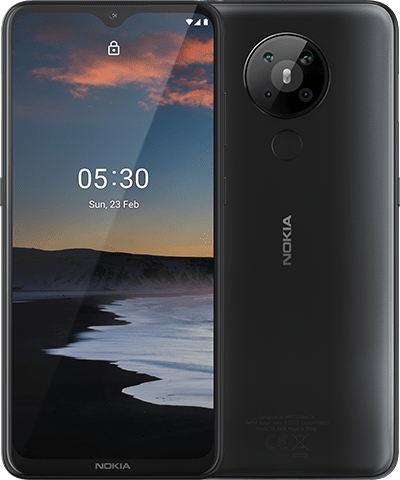 The phone ships with Android 10, but it’s an , which means it’ll run near-stock Android software and get at least two years of major OS updates — starting with Android 11, which is set to launch later this year.

Update: It turns out the Nokia 5.3 is not officially an Android One device, but it will get the same guarantee of 2-years of major OS updates and 3-years of security updates.

HMD says the Nokia 5.3 gets up to 2 days of battery life, has a “2.5D” curved glass display, and has a dedicated Google Assistant button (whether you want it or not). You should be able to pick up a 4GB/64GB version of the phone globally in April for 189 Euros (about $200).

While this budget phone has limited RAM and an underwhelming processor, it also has the low price tag of about 95 Euros ($102) and it’s an Android Go Edition device that HMD says will be the first phone to ship with Google’s new Camera Go app designed for low-end phones with limited storage and processing power.

The company says it features HDR low-light photography enhancements, and supports a software-based portrait mode for blurring the backgrounds of your shots.

2 replies on “Nokia 5.3 and Nokia 1.3 budget smartphones coming in April”