If you thought action cameras like the GoPro were aimed at a niche market of sports enthusiasts looking to capture a moment, the designers of the Nixie hope to launch an even more niche product.

Nixie is a wearable flying drone. It straps to your wrist like a bracelet until you lift your arm and prompt it to fly away, take a picture or shoot a video, and then fly back to your arm.

The developers plan to target rock climbers initially, but eventually hope to market Nixie to other audiences. 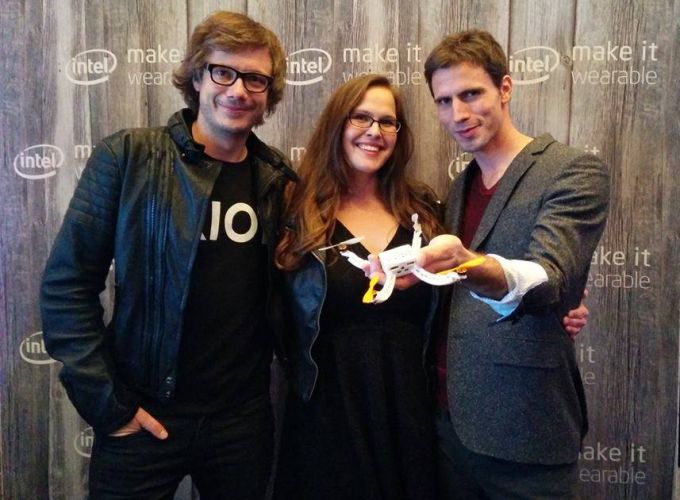 We first heard about Nixie in September after the team entered Intel’s Make It Wearable contest. Now the team behind Nixie has won that challenge, which means Intel will award the group $500,000 to continue developing the product.

There’s already an early prototype, but it’ll be a while before you can actually buy a Nixie device. Winning Intel’s challenge will give the developers a bit of cash to help move from prototype to product… not to mention a bit of publicity.

But I have to wonder if the world needs yet another ostentatious way for people to take selfies.