Nintendo’s next-generation video game console will launch in the US on November 18th for $300 and up. That makes the Wii U the most expensive game console Nintendo has released to date — but it may also be the most versatile.

The Wii U includes a video game console with 8GB of storage (A 32GB model will be available for $350), a GamePad controller with a 6 inch touchscreen, and a new media center application called TVii which will let you use the Wii U as a home entertainment console, not just a gaming machine. 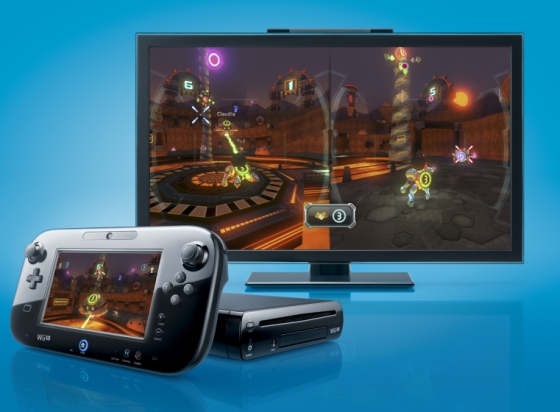 TVii will let users stream videos over the internet from YouTube, Netflix, Hulu Plus, and Amazon Instant Video — assuming you’ve got a subscription to any of those services which require a subscription.

The software also ties into cable and satellite boxes, letting you view braodcast programming. If you have a TiVo, you can also use the TVii app to access recorded programs. 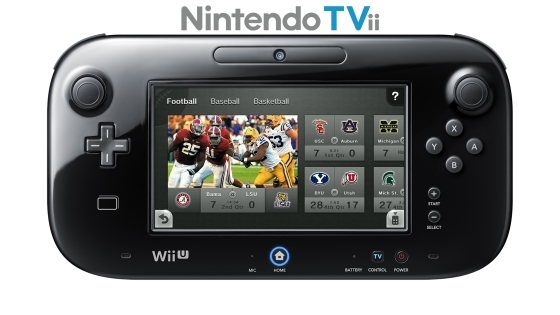 In other words, while you can use the GamePad to play games, TVii is an example of how it also works as a cross between a remote control, a game controller, and a tablet designed to interact with your TV and the Wii U system.

Will that be enough to help the Wii U compete with whatever the next PlayStation and Xbox console bring to the market? I don’t know, I don’t really follow the gaming space all that closely, and in some ways Nintendo is just playing catch up here. While there’s a Netflix app for the Wii, Nintendo’s competitors Sony and Microsoft have been offering fuller-featured media center applications in their game systems for years.

What Nintendo has truly excelled at over the last decade is changing the way we interact with games by introducing touchscreen and dual-screen handheld gaming consoles, and motion controllers for the Wii. The new touchscreen GamePad controller for the Wii U may do that again, by letting you play different types of games on your TV… and run different types of apps including media center software.

Of course, the big game console makers aren’t the only games in town anymore. You can also pick up a Roku internet media box for as little as $50, a Google TV set-top-box like the Vizio Co-Star for $100, or pre-order an Ouya Android game console for $100.