After years of making video games exclusively for its own game systems, Nintendo is getting ready to branch out. Next year that will change when the company launches its first game designed for smartphones.

That game will be called Miitomo (Mii Friends) and it will be a free-to-play game with in-app purchases. It’s expected to launch in March, 2016 and it will be just the first of several smartphone games from Nintendo. The company plans to launch four more by March, 2017. 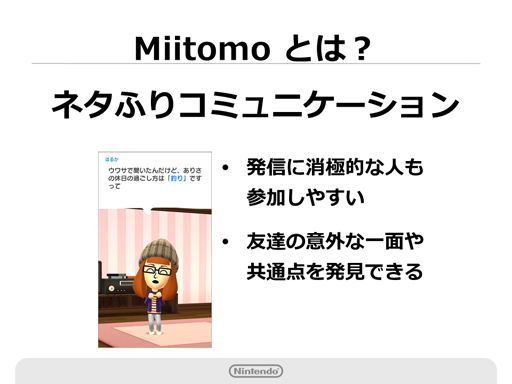 Miitomo is expected to be a social game, allowing characters to create and customize Mii characters and have them interact with those of other players.

Nintendo hasn’t really explained what kind of gameplay to expect though. In fact, it might not really be much of a game at all. But it’s the company’s first step into the smartphone space, which could pave the way for future games.

For now, the best way to play Nintendo games on the go is probably still to be a Nintendo handheld game system… or install an emulator on your phone. But as a growing number of casual gamers turn to their phones instead of dedicated consoles, it’s not hard to imagine a future where Nintendo’s success depends on its ability to deliver games for mobile devices.