Nintendo’s working on a next-gen came console that’s expected to launch in 2017. But it turns out that the upcoming Nintendo NX isn’t the next game console from the company.

This fall Nintendo is bringing back the Nintendo Entertainment System. Sort of.

The NES Classic Edition is a miniature replica of the original console, but it’s designed to work with modern TVs (it comes with an HDMI cable) and comes with 30 pre-loaded games. The Classic Edition should be available starting November 11th for about $60. 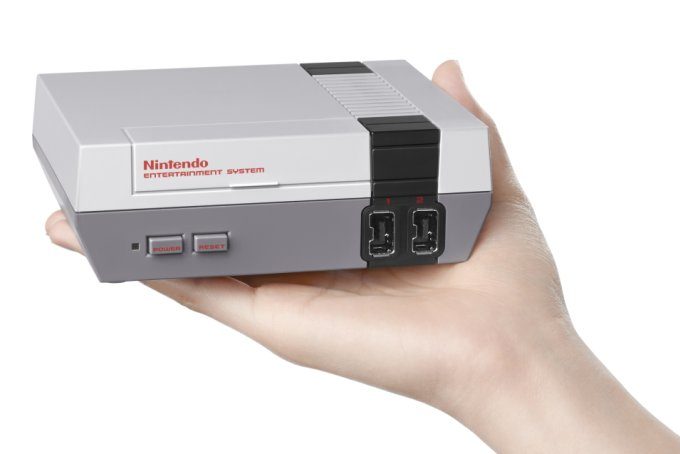 It’s been more than three decades since the Nintendo Entertainment System launched, and video games have come a long way in that time. But a lot of classic game franchises started launched or became big hits in the NES era, including Super Mario Bros and The Legend of Zelda.

And those are two of the games that will come loaded on the Classic Edition, as well as Bubble Bobble, Castlevania, Double Dragon II, Final Fantasy, Galaga, Kid Icarus, Kirby’s Adventure, Mega Man 2, Super Pario Bros 2 and 3, and Zelda II: The Aventure of Link.

The Classic Edition comes with an NES Classic Controller and you can buy an extra controller for $10 for use in 2-player games.

Update: Nintendo tells Kotaku that the console will ship with 30 games, and that’s it. There’s no support for cartridges, SD cards, or other external storage devices. And it can’t connect to the internet. Still, for $60 you get 30 games, a nifty case, and a game controller.

Overall it seems like a fun toy for retro gaming enthusiasts… but you could also probably build your own system for less than $60 using a a cheap computer like a Raspberry Pi, emulator software, and a cheap game controller… you’ll have to find games on your own though.

Or you could spend $44 on a cheap Chinese LED projector which comes with 180 games pre-installed.