Cardboard: it’s not just for boxes (and cheap virtual reality headsets) anymore. Nintendo has launched a new set of cardboard kits that you can assemble at home to extend the functionality of a Nintendo Switch game console in ways that are… honestly kind of odd, but also very cool.

Nintendo Labo is a platform that combines cardboard contraptions with a Nintendo Switch tablet and Joy-Con controllers to give you things like a motorcycle-style controller that you can use while playing racing games, a piano that you can actually play, or a toy fishing bowl.

There’s even a kit that lets you build a “robot” suit. 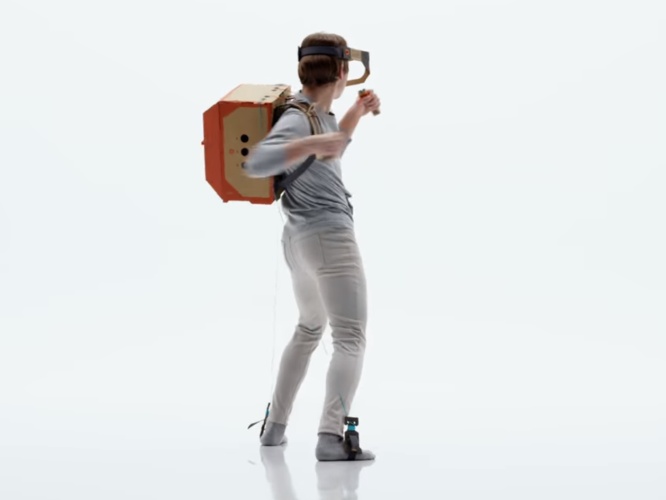 Nintendo describes the Labo system as combining “the magic of Nintendo Switch with the fun of DIY creations, but let’s be clear: this isn’t DIY so much as “some assembly required.”

The company is offering two kits at launch. There’s a $70 Variety Kit with components for radio controlled car (the Joy-Con makes it move by vibrating), a fishing rod (cast the rod to catch fish shown on the Switch display), a house (play games by inserting blocks that are viewed by the IR motion camera on a Joy-Con), and a motorbike (build handlebars that you can use while playing games).

The other kit is an $80 Robot system that lets you create a wearable robot suit including a backpack, headband, and motion controllers for your hands and feet so that you can control an on-screen robot’s actions with your body.

What’s kind of cool about these kits is that provide a new way to interact with the Switch, and they’re designed to be easy to assemble, with instructions shown on the Switch so that kids can fold everything just right to make their own house, motorbike, or robot kit.

But as for DIY creations? It’s not like Nintendo is giving you an easy way to design your own Labo experiences from scratch, since you’d need to not only build the hardware, but also develop the software to interact with it.

You can color the cardboard or add stickers or stencils though.

And you also have to wonder what the shelf-life of a cardboard piano will be when a kid starts hammering away at the keys. 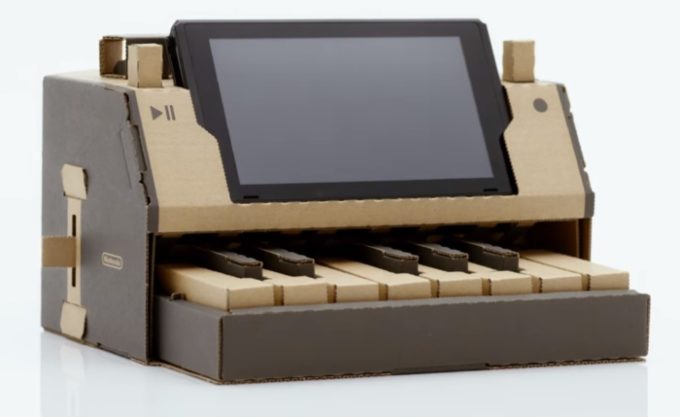 Still, relying on cardboard allows the company to keep the prices relatively low – that $70 Variety Kit includes 5 different types of projects, after all. And when the novelty has worn off, I guess you can always try to assemble a box out of the remaining pieces so that your cat has a place to sleep.

And the whole concept shows that one of the more versatile game consoles on the market can be used in even more ways.

Nintendo Labo kits should be available in April, and the first two kits are up for pre-order from Amazon:

3 replies on “Nintendo Labo turns the Switch into a piano, fishing rod, robot or more… with cardboard kits”