Nikon has unveiled a new point-and-shoot camera with a 16 megapixel sensor, 10x optical zoom, and a NIKKOR lens with focal lengths from 4.5mm to 45mm. Oh, yeah, the camera also runs Google Android. 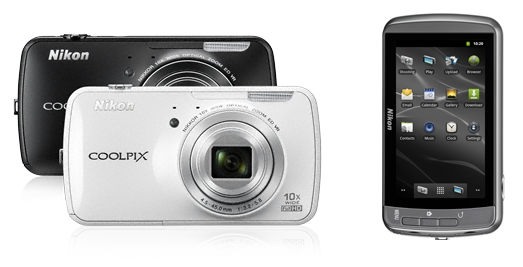 On the back of the camera you’ll find a 3.5 inch OLED touchscreen display which you can use to navigate through pictures, surf the web, or run Android apps.

The camera doesn’t make phone calls over cellular networks, but you can connect to the internet over WiFi. The Coolpix S800c ships with Google Android 2.3 Gingerbread software and access to the Google Play Store where you can download thousands of apps.

The inclusion of Android makes it easy to snap a photo and share it via email, Facebook, Twitter, or another app. Nikon also includes an “Upload to Smart Device” app which you can use to automatically send your photos to another device running Android or iOS.

This isn’t the first Android-powered camera I’ve seen. Polaroid was showing off a similar device at CES earlier this year — and that camera appears to be based on the Altek Leo camera that was introduced way back in 2010. But as far as I’m aware, neither model was ever released in the US.