NFC allows two devices to communicate wirelessly over a very short distance. While Near Field Communication technology has a variety of uses, it’s probably best known for the way its used in smartphones. For example, NFC allows you to quickly pair wireless headphones or speakers with some phones. And when you use Apple Pay or Google Pay to make a contactless payment at a cash register using your phone, you’re using NFC.

Soon NFC may also let you do something else with your phone — like charge your wireless earbuds or other low power gadgets.

That’s because the NFC Forum has just approved a new specification that enables wireless power transfer at rates up to 1-watt. 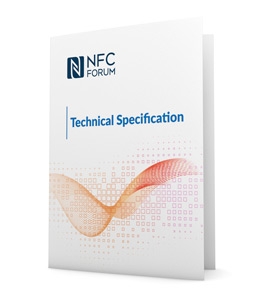 Under the new specification, NFC-enabled devices will be able to communicate and and charge using a single antenna — even if your phone doesn’t support Qi wireless charging.

While 1-watt power transfer probably isn’t enough to charge another phone from your smartphone’s battery, the NFC Forum lists a few possible gadgets that you could reasonably expect to charge this way, including:

Those devices all tend to have low power consumption and fairly small batteries, so even at 1-watt it shouldn’t take all day to give them enough juice to run for at least a little while.

And NFC isn’t limited to smartphones, so it’s possible that the new wireless power transfer feature could find its way into laptops, tablets, digital signage, or IoT devices.

The new specification was just published earlier this week, so it’ll likely take a while for device makers to incorporate wireless power sharing into their gadgets. But some companies haven’t been waiting for the new specification to be finalized — in March we reported on a new Waveshare ePaper display that draws power via NFC. Those screens are already available for $22 and up.