The Google Nexus 9 tablet has a fast processor, a decent screen, and the latest Android software. You can pick one up from Google (or Amazon, or Best Buy) for $399, or check out our review for more details.

But if you’re wondering what’s in the case, the folks at iFixit have you covered. They’ve ripped apart a Nexus 9 so you don’t have to. 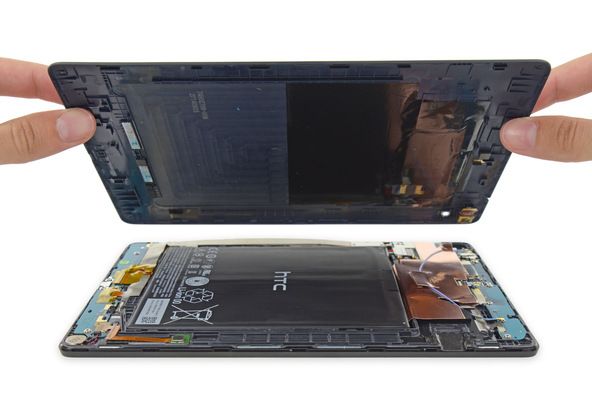 Actually, the folks at iFixit are experts at repairing broken devices, so their teardowns are attempts to determine just how hard it is to fixa gadget yourself. It turns out the Nexus 9 is pretty tough to fix. The case is hard to open without disconnecting the camera and there’s a lot of tape and glue holding everything else together.

That said, the iFixit Teardown confirms that the tablet has an NVIDIA Tegra K1 64-bit processor and a 6700 mAh, 25.46 Wh battery. It also provides photos of the Elpida/Micron RAM, Samsung eMMC NAND flash storage, and Broadcom WiFi and Bluetooth module, among other things.

You can find more photos and commentary at iFixit.

3 replies on “Nexus 9 teardown: This is how HTC builds Google’s tablet”