Google’s new Nexus 4 supports wireless charging — but what about the Nexus 7 tablet that came out earlier this year? Out of the box the only way to charge the tablet is the old-fashioned way: plug in a cable. But that’s boring.

now that Palm devices are an endangered species. 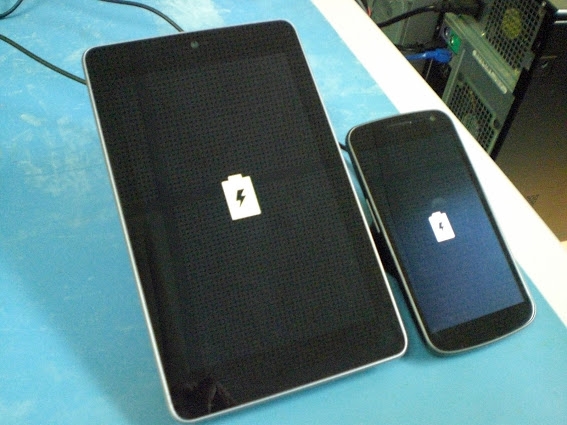 Whitby’s been working on the project for months, and this week he posted pictures of the finished product on Google+.

It’s a lot of work to go through just to make it a little easier to charge a tablet. But it’s pretty cool to know it’s possible.

In order to generate enough energy, Whitby actually had two take two inductive coils designed for phones and insert them in Google’s 7 inch tablet. While the HP TouchPad tablet has a more powerful charging oil, he says it’s not compatible with the Nexus 7.

The modified tablet can be charged (slowly) using a single TouchStone charger. But things get a bit zippier when you use two Touchstone chargers, which will let you charge the device even while playing videos on the tablet.