The Google Nexus 5X and Nexus 6P smartphones are the first members of the Nexus family to feature fingerprint sensors. They’re also the first to feature USB Type-C ports and the phones also have better cameras and bigger batteries than their predecessors.

But how do they stack up in terms of performance? I’ve only had a few days to test the Nexus 5X and Nexus 6P so far, but in terms of day-to-day performance, it’s hard to see much difference between the new phones and my 2013 Nexus 5, which is running the same Android 6.0 Lollipop software.

When you run benchmarks though, it becomes clear that the newer phones pack significantly more punch in the CPU and graphics departments. You might not notice this all the time, but it could come in handy if you’re playing games or running apps that can take advantage of the extra horsepower. 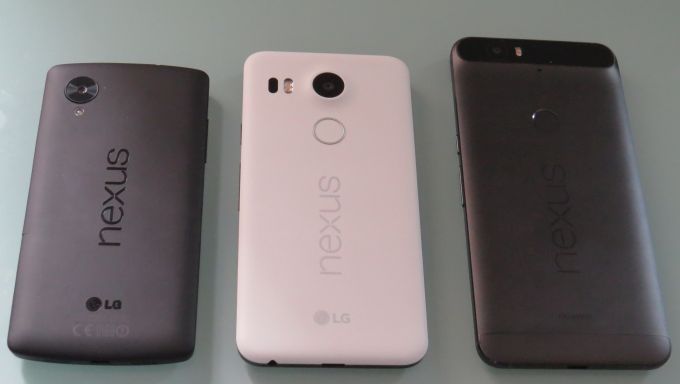 Here’s a quick run-down of the hardware you get with each phone:

Unsurprisingly, the Nexus 6P comes out on top in every benchmark test I tried, with the Nexus 5X coming in second and the Nexus 5 taking the bottom position.

What is a little surprising is that the spread isn’t as wide as you might expect for smartphones released 2 years apart. Note that the Nexus 5 wasn’t able to complete some of the tests: for some reason it crashed when running Antutu’s graphics test, and since the phone doesn’t support OpenGL ES 3.1, it wasn’t able to run the GFXBench Manhattan OpenGL ES 3.1 test. 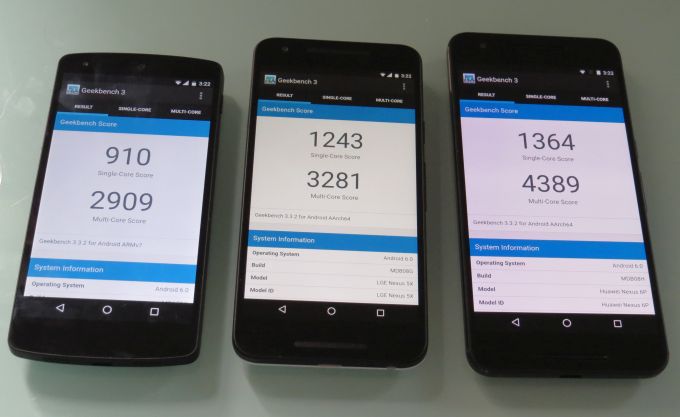 How much does this matter? It depends on how you use your phone. After using the Nexus 5 as my primary phone for the past two years, I can say there are plenty of things I like about the new Nexus 5X and Nexus 6P. But the improved CPU and GPU performance haven’t really been all that noticeable when it comes to the apps I run most frequently on my phone, including Gmail, Firefox, Chrome, Reddit Sync, Facebook, Business Calendar, Shuttle and Google Play Music and Google Maps.

I don’t do a lot of gaming, but the Scrabble clone Classic Words Plus runs just fine on all of these devices.

For the past few days, I’ve been carrying the Nexus 5X along with my Nexus 5 everywhere I go, and these are the differences I’ve noticed most:

I’ll have more notes to share in the coming days, but for now, here’s a video showing a few benchmark tests running on the Nexus 6P, Nexus 5X, and Nexus 5.