The Nextway F9X is a low-cost Android tablet with a quad-core processor and an iPad-like 9.7 inch, 2048 x 1536 pixel display. It’s a nice looking tablet, feels pretty sturdy, and looks great on paper.

But real-world performance leaves a bit to be desired. The Nextway F9X feels sluggish at times, can take longer than other tablets to launch apps, and has a tendency to become unresponsive for a moment or two when running some simple tasks, such as selecting a book from my library using the Kindle app.

Still, if you’re looking for a tablet with a Retina-like display for less than half the price of an iPad, the Nextway F9X is available from Geekbuying for $205. The retailer sent me this tablet to test so I could spend some time with a device featuring an Allwinner A31 ARM Cortex-A7 quad-core processor. 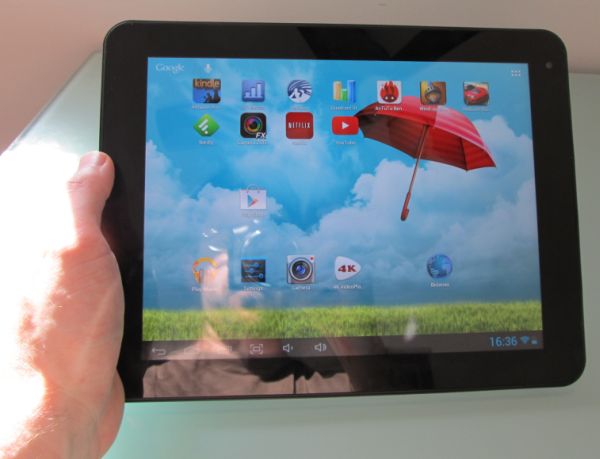 The Nextway F9X makes a decent portable media device, since HD video playback looks pretty good on the screen. You can also use it for games or other apps — once most apps load up, they run just fine.

But I found surfing the web, switching apps, and performing some other simple tasks such web browsing to be a bit annoying on this tablet. There’s just too much lag.

Sometimes it can even take a long time before the on-screen keyboard pops up when you tap on a text box, and I found myself often tapping the screen multiple times, thinking a first tap hadn’t registered. Once the tablet caught up with itself, all those taps were registered at once and I watched the keyboard appear and disappear several times in a row.

The processor scored reasonably well in benchmark tests — although it’s not nearly as fast as a device with NVIDIA Tegra 3, Rockchip RK3188, or Qualcomm Snapdragon S4 processors. But I suspect part of the reason the tablet struggled was because of the high-resolution screen. It takes a lot of effort to crank out graphics to a 2048 x 1536 pixel display. 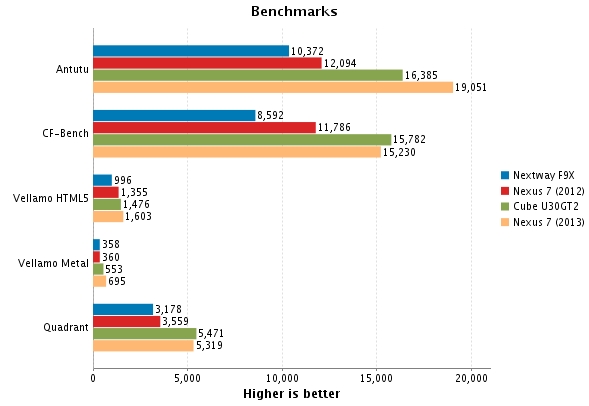 Nextway’s tablet has PowerVR SGX 544 graphics, 2GB of RAM, and 16GB of storage. It ships with Android 4.1 Jelly Bean.

There’s a 2MP camera on the back and a 0.3MP camera on the front. Neither features auto-focus or flash. It also occasionally takes a long time for the camera app to load before you can take a picture. 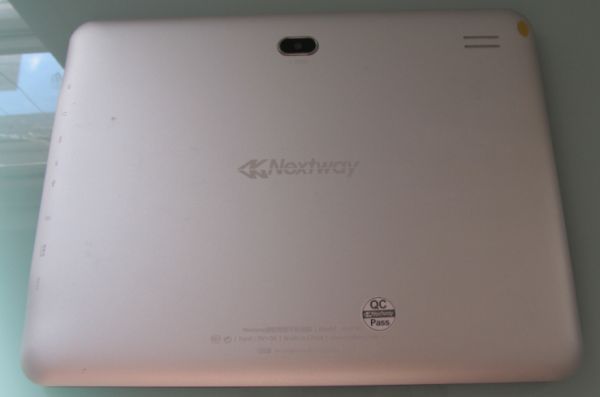 The tablet has 802.11 b/g/n WiFi, but no Bluetooth. It has a micro USB port, micro HDMI port, and a microSD card slot.

Oddly there are only two buttons on the side of the device — one for power, and one for “esc” or back. They look a lot alike, and it took me a while to get used to their placement before I stopped hitting the back button when I wanted to turn off the screen. Instead of physical volume buttons, there are icons in the on-screen keyboard for volume up and volume down.

Unlike many Android tablets, you cannot charge the Nextway F9X using a microUSB adapter. Instead it comes with a power supply that connects to a small port in the side of the device. You’ll want to make sure not to lose it, since it’s not as easy to replace as your average tablet or smartphone power adapter. 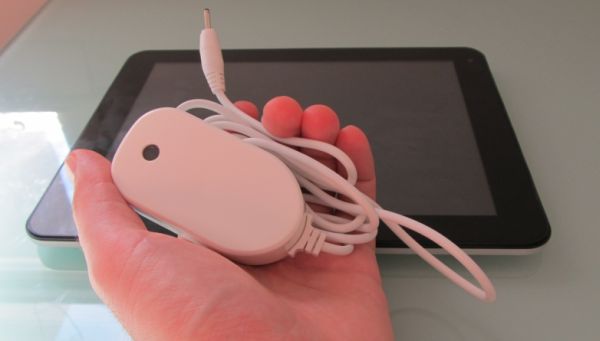 The tablet has a built-in mic and speaker which is loud enough to hear, but nothing to write home about. Under the hood there’s an 8000mAh battery, and while I didn’t perform extensive tests, the Nextway F9X seems to get decent battery life.

I was able to leave it alone for more than a week without the battery running all the way down, or read an eBook or watch videos for a while without making a huge dent on the battery levels. I suspect you could probably watch at least a movie or two or play games for a few hours before the battery would run down. 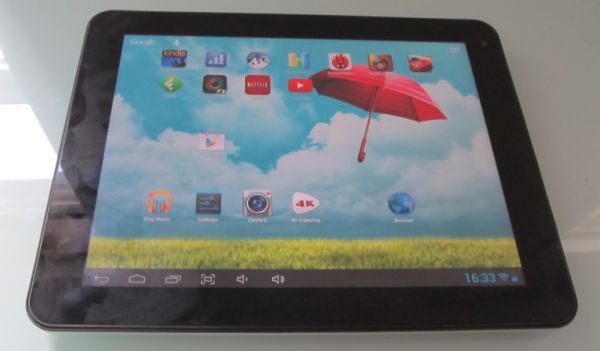 Overall the best part of this tablet is the display. It’s a high-resolution, reasonably bright screen with wide viewing angles. But I’d rather have a lower-resolution display if it came with better performance — or better yet, a faster processor.

Unless you’re married to the idea of a 9.7 inch tablet, the $229 Google Nexus 7 with a 7 inch, 1920 x 1200 pixel display and a Snapdragon S4 Pro quad-core processor is a much better tablet for not much more money. But at $204, the Nextway F9X is one of the cheapest tablets with an iPad Retina-style display. 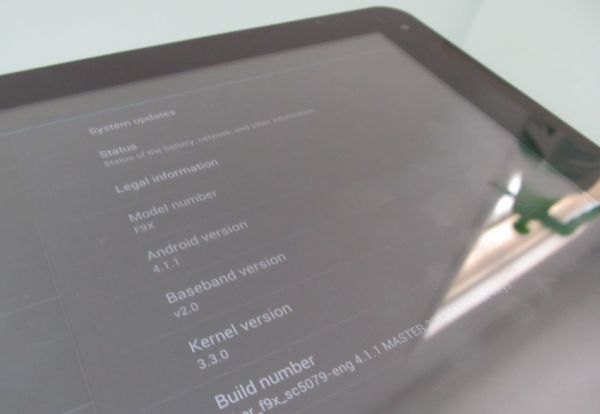 Thanks again to Geekbuying for sending me this sample unit. I think.