The Nextbit Robin smartphone is now available for purchase. First unveiled in September, the phone has decent specs and a decent price tag… but the most noteworthy thing about this $399 smartphone is probably its cloud-based software. 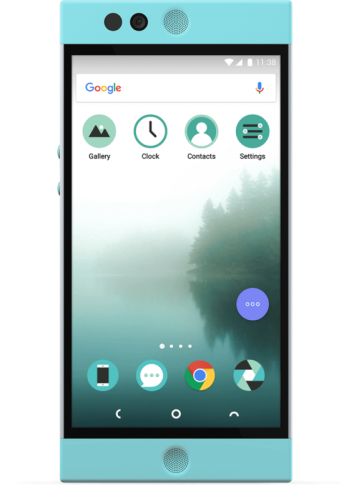 The Robin runs Android, but it’s a customized version of Google’s operating system that offloads apps and data that aren’t in use to a remote server. The phone has 32GB of built-in storage, but each customer gets 100GB of cloud storage.

Apps you don’t frequently use can hang out in the cloud and you can always download them to your phone when you need them, with all of your settings and data intact.

Don’t want the cloud features? Nextbit ships the phone with an unlocked bootloader and promises it’ll be easy to load custom ROMs without voiding your warranty.

The Nextbit Robin has specs that are pretty close to what you’d get from a Google Nexus 5X, but there are a few key features that make this phone look like it could be better than the Nexus 5X… at least in terms of hardware.

For instance, the Robin has 3GB of RAM and stereo front-facing speakers, while Google and LG’s Nexus 5X has 2GB of memory and a mono speaker.

Early reviews of the phone are mostly positive. The founders of Nextbit come from Google’s Android team and seem to know what it takes to make a good phone. Reviewers are a little less unanimous on the question of whether the Robin’s cloud features are useful.

Ars Technica says shifting apps between the cloud and the device could be a waste of bandwidth, but that phone has an attractive design, a speedy and accurate fingerprint reader. The biggest problem though, is that you have little control over which apps are silently removed from your device when you’re not paying attention.

Meanwhile, Walt Mossberg writes for The Verge that this “smart storage” is useful partly because it doesn’t require much user intervention to ensure that you don’t run out of storage space on your phone. He also found that the camera was decent, but not spectacular… which is too bad, because the Nexus 5X has a stellar camera and if the Nextbit Robin had one that could match it, then I’d have to give some serious thought to buying this phone instead of Google’s.

Engadget confirms that the phone, display, and other features are good, but not great and notes that the Robin gets about 13 hours of battery life under the same conditions that allowed the Nexus 5X to run for 14 hours.