The Nextbit Robin is a $399 smartphone that raised more than $1.3 million through a Kickstarter campaign in 2015 and which started shipping earlier this year.

The phone has decent specs, an unusual Android-based operating system that blends built-in storage and cloud storage for apps and data, and a unique design.

One thing it doesn’t have? Support for Verizon or Sprint. Nextbit has canceled plans to release a version of the phone with support for CDMA networks in the US. 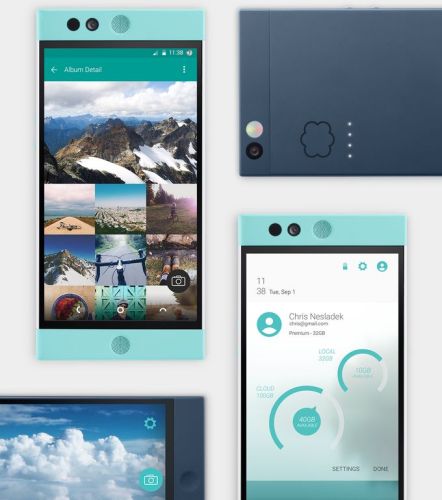 Originally, Nextbit had only planned to launch a GSM version that would work on AT&T, T-Mobile, and other global networks. But there was strong demand for a CDMA version, so Nextbit did a little research and added that option to the crowdfunding campaign.

Now Nextbit says it’s taking more time and more money than expected to get a CMDA version ready, and rather than continue to travel down that rabbit hole, the company is just discontinuing work on the CDMA model.

Folks who backed the campaign in hopes of getting a version of the phone that could work with Sprint or Verizon can request a full refund. Nextbit says it can process refunds for Kickstarter backers within 48 hours. If you pre-ordered from the company’s website, no money was charged, so no refund is necessary.

If you were hoping for a CDMA phone, but are willing to settle for a GSM model, Nextbit is also giving 25% discount codes as a consolation prize. The codes are transferable, so even if you don’t want to change wireless networks to use the phone, you can give the code to someone who may be able to use it.

Nextbit had a pretty good idea of what kind of phone they wanted to deliver when the company launched its crowdfunding campaign. And they delivered that phone. But the team tried to add a brand new version of the phone during the 30 days that its Kickstarter campaign was running… and that’s not a lot of time to really figure out whether a big change is feasible. In this case, it wasn’t.