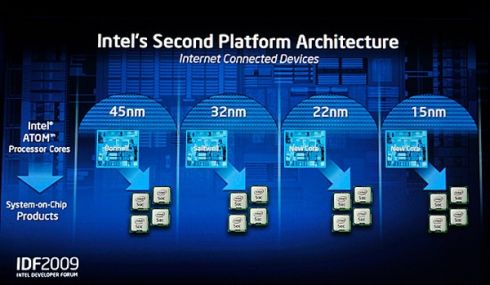 While we’re hearing that the Intel Atom N450 processor will be the first Pine Trail netbook chip to hit the streets in January, the chip maker has a few other tricks up its sleeve, including a netbook processor with a slightly higher clock speed due out a few months later.

Fudzilla reports that the Intel Atom N470 will launch in March, 2010 and features a clock speed of 1.86GHz. It will fit the same socket as the Atom N450, giving PC makers a choice beteween the two chips.

According to Fudzilla, Intel will introduced the desktop versions of its Intel Atom Pine Trail chips in January, both in single core and dual core versions.