Apple is bringing support for displaying more than one app at a time to iPad users starting with iOS 9. But the only existing device that fully supports the feature is the iPad Air 2, because no other iPad has a fast enough processor to handle split-screen apps.

That could change soon. According to 9to5Mac, there’s evidence that split-screen support could be available in the next iPad mini. 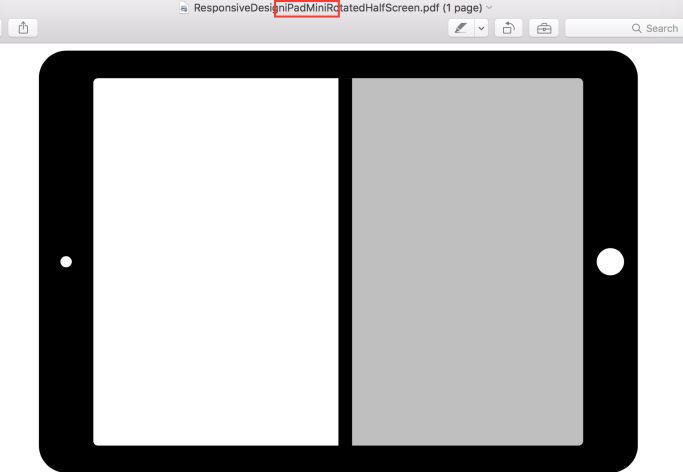 That evidence comes courtesy of a few resource files form pre-release builds of OS X El Capitan, showing an iPad mini running the Safari web browser in split-screen mode, which means users would be able to see two different browser tabs in side-by-side windows on an Apple tablet with a 7.9 inch screen.

There’s also a developer tool that lets web designers see how their sites would look in various web browsers… including an iPad mini with split-screen views.

It’s unlikely that this feature will work on existing iPad mini hardware, but Apple is holding an event on September 9th, where the company is expected to introduce new iPhone models. Maybe we’ll see a new iPad mini 2 at the same time? Or maybe not… but whenever the next iPad mini does arrive, it seems like a safe bet that it’ll have an Apple A8 or faster processor.

4 replies on “Next iPad mini could have faster CPU, split-screen app support”