The company is also showing off a reference design called North Cape which is an ultrabook which can be used as a notebook or a tablet. There’s a battery in the keyboard and one behind the display — and if you remove the display you can use the North Cape system as a standalone tablet that measures 0.4 inches thick. 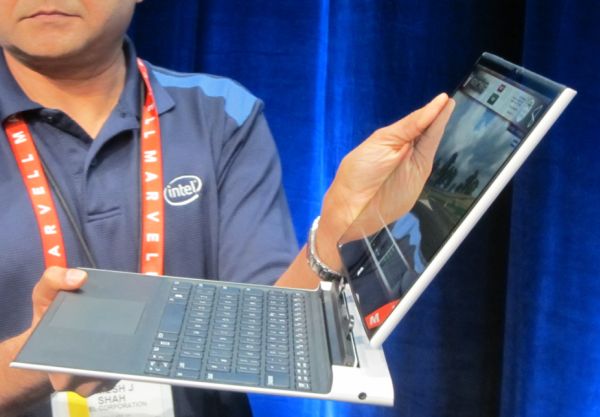 Intel says its upcoming Haswell chips are the first processors it’s designed specifically for ultrabooks, and will offer the biggest generation-over-generation increase in battery life.

Intel suggests that ultrabooks based on these designs could hit the streets with starting prices around $799 or $899 later this year.