Razer is refreshing its Blade 15 line of gaming notebooks with new Base and Advanced models sporting the latest NVIDIA graphics. The company is also introducing new display options, and Razer says it’s shrunk the overall size of the notebook by 4 percent, while also making a few other design changes – for example, there are now two M.2 slots for storage in all models and not just the Base version.

The new Razer Blade 15 notebooks go up for pre-order from the Razer Store starting today, and the Base model should begin shipping January 26th, with higher-performance Advanced Editions shipping in February. 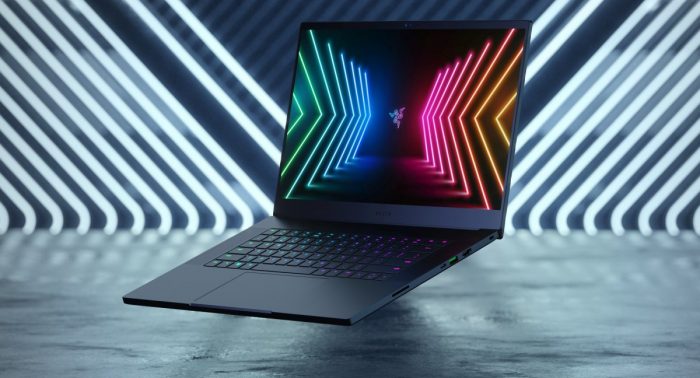 Display options for the Advanced version include:

The Base model will be available with:

Each version has 4.9mm bezels around the displays for a high screen-to-body ratio, and Razer says the notebooks are 4% smaller than the previous-gen measuring just 13.98″ x 9.25″ x 0.67″. 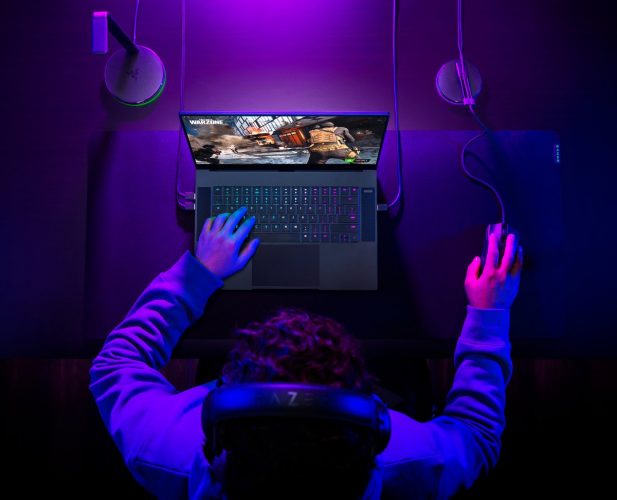 Razer will sell the laptops with up to 32GB of DDR4 memory and up to 1TB of PCIe NVMe solid state storage, but the notebooks support up to 64GB of RAM and 4TB of storage if you want to perform your own upgrades.

The laptops have an aluminum unibody chassis, Razer Chroma RGB keyboards (the Advanced model has per-key lighting, while the Base version has per-zone lighting), and glass precision touchpads.

All of the new laptops have Thunderbolt 3, USB-A, and HDMI 2.1 ports. The Base model also has a Gigabit Ethernet port, while the Advanced version lacks Ethernet, but has an SD card reader and an IR camera for Windows Hello face recognition.

Prices for the new laptops range from $1499 for an entry-level Razer Blade 15 Base to $3299 for a top-of-the-line Razer Blade 15 Advanced with maxxed-out specs.