Lenovo-owned Motorola is set to announce something on May 17th, and while there’s a chance the company will use its press event in India to talk primarily about low-cost Moto G phones, it looks like the company has three new premium phones on the way as well.

HelloMotoHK has posted pictures of the three new phones, and leak expert Evan Blass confirms that one is a next-gen Moto X smartphone, while another is a Moto Droid phone for Verizon (likely with similar specs). The third is an entirely new phone. 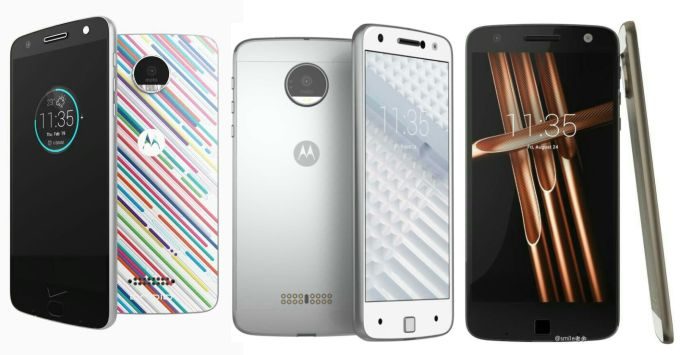 As Blass reported in December, it looks like the new Moto X will have a metal body, making it the first member of the Moto X family to use metal.

One of the features that has set the Moto X lineup apart from other phones is the Moto Maker tool that allows users to customize the colors and materials in their phones to create a somewhat unique design. It’s unclear at this point if the metal design spells the end of Moto Maker, or if Motorola has found some way to allow you to customize a metal-clad smartphone.

The pictures also seem to show phones with fingerprint sensors on the front, rather than the back, a new design for the rear cameras, and three buttons on the right sides of the phones, with no buttons at all on the left.

Update: Reporting for VentureBeat, Even Blass says there will be two versions of the new Moto X, one code-named the Vector Thin, and the other is known as Vertex.

Blass also reports that the phones have modular covers. You can snap a back panel on the back of the phone, and it will connect to a series of holes that look a bit like speaker holes. These will add features such as speakers, additional batteries, camera grips, projectors, and more.

It’s likely that this is the “snap