Microsoft is holding an event in China next week, and according to Venture Beat’s Evan Blass, the company will use the opportunity to refresh its Surface Pro line of 2-in-1 tablets.

And leaked images suggest it looks pretty much identical to its predecessor. But Blass says it should have some new hardware under the hood. 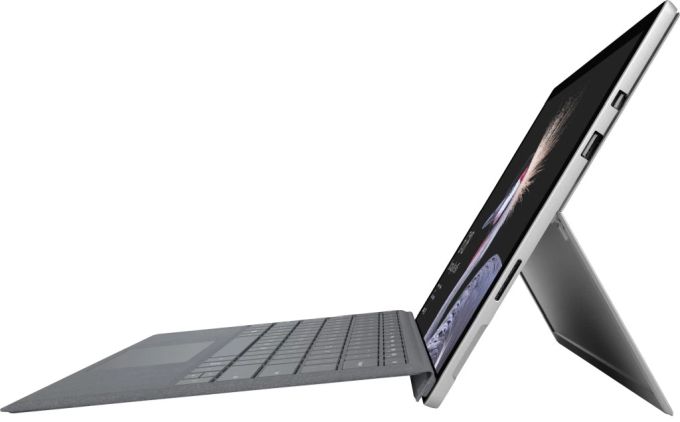 It’s currently available with up to a Core i7 Skylake CPU, up to 16GB of RAM and up to 1TB of solid state storage and like all Surface tablets, it’s designed to work with a digital pen (which is included with most models) and a detachable keyboard, (which is sold separately).

So what’s new in the 5th-gen model? It’s not altogether clear just yet, but I wouldn’t be surprised to see the processor options upgraded to 7th-gen Intel Core “Kaby Lake” and/or for Microsoft to offer Windows 10 S as an option as well as Windows 10 Pro.

I’m also curious to see if the tablet gets a price drop. It’s been a few years since Microsoft launched a new version of its cheaper 10 inch Surface tablets, and we’re starting to see Chinese device makers offer tablets and notebooks with Surface-like high-resolution displays for less than have the price of a Surface. While I doubt companies like Chuwi or Cube will be eating into the market share for Microsoft’s high-end tablets, the fact that they can offer Surface Pro-like displays for lower prices suggests the cost of components may be falling (although those Chinese tablets also use cheaper, lower-power processors).

Blass also notes that the Surface Pen for the new model seems to come in new color options which are similar, but slightly different from those that Microsoft currently offers.

You can find more images at VentureBeat.